In Pursuit With John Walsh Recap for A Father’s Betrayal

Fred Beristain talks about how his daughter Trisha was the only one who had his eyes out of all his girls. It was something she loved and often talked about and something he also loved.

On November 1998, Fred went to Salt Lake City to visit his daughters and grandchildren for his usual family visit. On November 17th of that year, he recalls that a friend of Trisha’s came over to asked her to come out. He remembers hugging and kissing her goodbye and promising to meet him for breakfast.

At 6am the next morning, Trisha’s body was found in a remote area called Big Cottonwood Canyon. There were bullet wounds and scratches on her body, but there is no ID to determine her identity.

There were also bullet casings and tire impressions at the scene, along with a black baseball cap with the name Jesse written inside. Leaves were found out the scene, but since they were from a Navajo Globe Willow tree, it was obvious it came from the suspect.

Fred remembers waiting for her, disappointed that she missed their breakfast date. He went back to Arizona with plans to call her later on that day.

Authorities drew a sketch of Trisha, in hopes that someone could identify her. Sure enough, her sisters see the picture and wonder if it is Trisha. Fred calls his daughters and they tell him the news, leading him calling the State Medical Examiner in Salt Lake City. He gives them Trisha’s information and they confirm that the body in question is most likely Trisha. He breaks down in tears, remembering the feeling of loss and trauma.

Trisha’s sisters reveal that she had been seeing a man named Jesse Vega. The friend who picked Trisha up that night remembers that they were at Jesse’s apartment and she had gone to sleep. The next morning, she saw Trisha was gone and began looking for her.

Jesse’s roommates confirm the girls and some other friends, including a friend named Diego were there. Jesse, Trisha and Diego borrowed a truck belonging to one of the roommates, never to be heard from again…although his truck was returned.

Fred went back to Utah to be with his daughters and to get some answers. He remembers breaking down as he returned to where his daughter once lived.

There is initially no information on Jesse, but a fingerprint from a pawn shop slip helps authorities connect the fingerprints on the car to Jesse.

At this point, there is enough evidence for arrest warrants, but Diego and Jesse are nowhere to be found. A deeper search into their phone records lead them to Chicago, but the trail runs cold.

Seven months later, Diego is taken into custody in California. He is cooperative with authorities and he said there was a fight between Jesse and Trisha over a phone number Trisha had that belonged to a male friend. Things escalated and it led to Trisha’s murder. Diego admits he was told by Jesse to help him with Trisha.

Diego is now a principal witness.

In 2002, Jesse’s fingerprints are run through the National Registry. They discover his name is actually Arturo Munguia. Authorities find out he has ties to Mexico and has possible ties to the Eastern United States. It is believed he is still in the United States and that he is armed and dangerous.

Fred and his family hold a vigil every year in Trisha’s honor.

Arutro, alias Jesse, is 48 years old today. He is five foot five and 150 pounds. He has strong ties to Chicago and Mexico and uses several other aliases, including John Vega, Jesus Alonso, Jesus Munguia and Chivo.

His tattoos include a large bandolier across his chest, a Chicago Bulls logo on his chest, and a star tattoo between his left thumb and forefinger.

Authorities say he is armed and dangerous.

15 Seconds of Shame One: Coreyon Brown

Coreyon Brown is wanted for a murder in June 2022 in Ypsilanti, Michigan.  He is nineteen and has a tattoo of birds on his left forearm. Authorities say he is armed and dangerous.

See also  The Masked Singer: Another One Hops Away

On this day, a woman called authorities to report that her husband was raping his young daughter Sarah (not her real name).

Detective Mike Hudson recalls getting a call from Alyssa Byrnes, who said her stepdaughter alleged that she was being raped by her own father Rex Byrnes. Sarah was eleven at the time.

The Child Advocacy Center questioned Sarah, who shared the disturbing details of her abuse. Rex was questioned via phone, but fled once authorities went to look for him at his mother’s house. His mom told them that Rex had left in a hurry. He has not been seen since.

A further investigation took place, but it was hard to get physical evidence since most of the abuse took place in Rex’s bed.

Callahan Walsh talks to Alyssa, who recalls Rex as a death metal fan. He wanted to be a superstar and often talked about his plans of making it big. However, he know Alyssa wanted a stable home life, so he changed to make her happy.

Rex and Alyssa moved in together after a month of dating and it wasn’t long before he went back to his old ways.

Two years later, Sarah went to live with Alyssa and Rex, giving Alyssa the life she always wanted as a mom. They did everything together and she thought things were going well–until she found child pornography on Rex’s computer. He denied looking at it, but she became more suspicious when she saw him come out of Sarah’s bedroom late at night. She felt suspicious due to her own sexual abuse, but he told her that he was crazy. Not wanting to lose Sarah, she agreed she must have misunderstood things.

Alyssa went back to work since Rex refused. This led to their relationship falling apart and him and Sarah moving in with his mother.

During the second visitation Alyssa had with Sarah, Sarah told Alyssa about the abuse. Alyssa called Rex to talk to him about it, but he denied everything. He wanted to get Sarah, but Alyssa refused….and then Rex disappeared.

Sarah herself recalled her details (while being kept anonymous) of when the abuse began. At first, she thought it was possibly normal, but once it escalated, she was threatened by Rex. The abuse continued to escalate and soon became to the point where she knew she had to tell someone. She requested to see Alyssa, knowing that this could be her only chance to say something.

A warrant was put out for Rex’s arrest. Detective Joe Zelezniak says they got a lead in October 2020 that placed him at a gast station in Fort Johnson, NY. The person knew Rex pretty well and said that he got into a truck with the number of a flooring company.

Police got the name of the flooring company and were able to get the owner at a routine traffic stop. They claimed they knew about Rex and they took care of him. However, he later claimed he lied.

Rex has several tattoos, including one of two gargoyles on his back, long brown hair (at the time he disappeared), a right lazy eye and has been on the run since 2018. He is five foot eight and 150 pounds. He was living in Schenectady, NY and has ties to Canajoharie. He could also be in the Bradenton, Florida area, working by finishing floors. 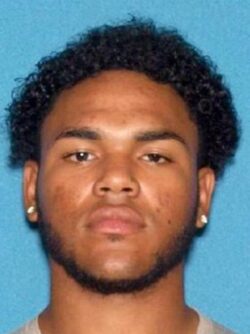 Diego Alfonso De Leon Mejia is wanted for a murder in Paterson, NJ in May 2019. He is five foot six, 160 pounds and and considered armed and dangerous.

Natanalie Perez was last seen in Burke’s Motel in Miami, Florida in June 2012. It is believed she was being sex trafficked against her will. She has a tattoo on her left wrist and may be in the company of a male. She would be 29 years old today.