In Pursuit Hot On The Trail Special Edition Recap

John Walsh, Callahan Walsh and Michelle Sigona are covering several cold cases, as well as others that have been solved. We also get a deeper look into the cases from this week’s premiere episode.

As previously reported, Lesa was killed by William, who also attempted to murder Terry Rolley. He has been on the run ever since. Lesa’s son Treyvon talks about how the family is keeping her memory alive. He urges anyone with information to come forward and bring William to justice. He also begs William to come forward if he is watching and face the music.

Treyvon also remembers how three weeks before the murder, he was celebrating Christmas with Lesa and the family. He and his loved ones want to be able to grieve and remember Lesa for the wonderful woman she was. 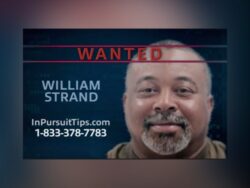 Detective Sargent Kyle Clark says that the investigation is ongoing and that minimal tips have come in regarding his whereabouts. He thinks a plan was in place to elude him from law enforcement.

William has a distinct salt and pepper goatee and was reported as acting strange before his disappearance. He has connections in Virginia, Maryland, Delaware and Seattle, Washington.

John wonders if William is in a homeless shelter relying on help from them or that he has someone helping him and keeping him hidden.

He has been on the run since January 2021. He is 5’7″, 220 pounds and has a receding hairline and goes by Chim or Shaq Daddy. He might be working on freelance construction jobs and was last seen driving a 2014 Chevy Malibu with the license plate 5DP3127. 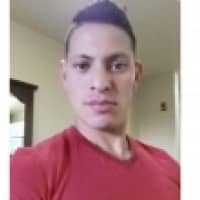 He is on the run after assaulting a ten year old girl in Kenner, Louisiana in 2020. Two other victims have some forward as well.

As previously reported, Leslie was connected to several rape, burglary and battery cases in the 1980s and 1990s. DNA tests finally helped connect him to the crimes, thanks to new cutting edge DNA testing. Leslie has been on the run since 2010. 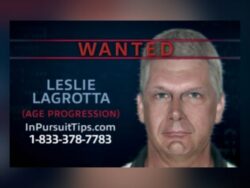 Sheriff Chitwood thinks that there are other victims out there that may not have reported their assaults. He says they owe it to the victims to put Leslie behind bars. Both men hope that analyzing old evidence can help them find Leslie and that someone knows something and makes that call to lead to his whereabouts.

He is 5’9, weighs 185 pounds  and has blue eyes and brown hair that could be going grey or dyed. He works as a handyman and could be in the USA, Mexico or Brazil.

Angelo has been missing since September 13th, 2020. He was last seen in his home in Williamsburg, Virginia. He was in contact with classmates right after he disappeared and hasn’t been seen or heard from since. 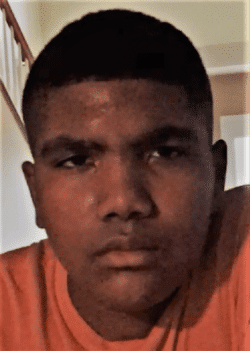 Oakley has been missing since February 10th, 2021 in Oakville, Washington. However, she was not reported missing until December 2021. 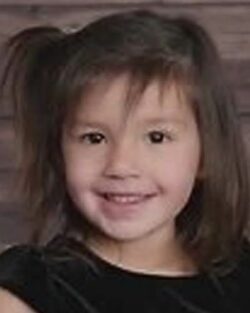 Her parents have not cooperated with the case and were charge with child endangerment in an unrelated case. She is three feet tall and weighs 30 pounds.

The call center collaborates with law enforcement to help capture criminals and locate missing children. The call center receives a case and get a briefing from law enforcement, who give details not shared with the public. The case is then studied and the episode airs. At this point, they wait for tips to come in and they are all taken seriously. They all hope they get the one tip that can help bring a child home or a criminal to justice.

One example of a criminal bring brought to justice was when Jacob Blair Scott was captured after being on the Most Wanted list and then featured on the show in season two.

John comments on how they all came a long way since 1981, when his own son Adam was missing and killed.

The following criminals were captured, thanks to being featured on the show:

He is wanted for allegedly assaulting his ex wife and her roommate in Dinwiddie County, Virginia in July 2021.

He is on the run after killing his ex girlfriend Livye Heather Lewis. He claimed he did not remember what happened, but there was damning evidence against him. He has been missing ever since going on the run during his trial in January 2022.

Her cousin speaks out and begs for anyone with information to come forward.

He is accused of shooting Diana Bryce, the mother of his unborn child. The crime took place in Philadelphia in March 2022 and he is said to have had an accomplice help him move her body into the trunk of a rental car. He was last seen fleeing after allegedly setting his own car on fire. Authorities think he could be in the Greensboro, North Carolina area.

He is said to have exploited over 80 young girls via social media in 2019. He would add them on social media, demand illicit photos and then blackmail them. He admitted to his crimes and was sentenced to 30 years in prison before he cut off his ankle monitor went on the run on July 11th, 2020.

John has been following this case for nearly fifteen years.  in 2007, three carjackings took place, leading to three women and a child being murdered. The killer has not been identified and John will be taking a deeper dive into the case with Callahan later on this season.