In Pursuit With John Walsh Recap for Murder at the Mall

David Rathbun was a divorced father of two who retired and moved to Las Vegas in July 2015. Once there, he began enjoying life and adventure. He would keep in touch with his daughters via phone and visits.

On October 1st, 2017, a mass shooting took place at a concert in Las Vegas, killing 59 and hurting over 500 people. David’s family reached out to see if he was okay. They were unable to reach him, but finally got a text, saying he was in bed. His daughters Natasha and Malika thought it was strange, especially since he preferred to talk on the phone. They also noticed the context of the texts seemed quite strange.

The family grows concerned, especially when the texts seem more and more out of character. He was asked to call everyone, but those calls never came. Another text revealed that he had suddenly gotten married, which his daughters thought was out of character. The girls’ uncle also received a call from a woman named Jo who said he was sick and trapped in a bathroom. Natasha knew of Jo, since David mentioned her on her last visit. He invited Jo to live with him, since she was down on her luck in terms of her health and finances. Her boyfriend Charles was also there, but after a few weeks, David wanted them to move out.

At this point, the girls’ aunt Linda contacted the Las Vegas police. A check of the house showed it empty, so the family decided to take matters into their own hands….only to find that the house David was living in had been sold. Further investigation showed it was a forged signature.

On October 16th, David is reported missing. Detective Sigal was able to reach a man who claimed to be David. He was able to provide identifying information and claimed that he was going to Houston for cancer treatment. He also claimed that he didn’t want to tell his family until he came to terms with the news.

The family was stunned by this news and continue to investigate. They discover he had given money to a man….who was once married to a woman named Jolene Hibbs. Further digging showed pictures of Jolene at David’s house. She was also in a relationship with a man named Charles Ausiello. Police discover that both Jolene and Charles both had criminal records and think that they could have done something to David. 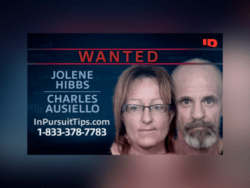 A deeper investigation goes into the sale of David’s house. The ID given and the man using it do not match and it is confirmed by the family that the picture obtained from the surveillance video was not one of David, but of Charles.

The house is searched and they see several changes indicating that something was being concealed. Blood splatters are also found and compared to the blood of his daughters. It is a match.

At this point, Charles and Jolene were nowhere to be found.

In June 2018, someone comes forward and claims that Jolene was scamming David and that she had them help move the body. The source was scared, but did what he was told. On August 7th, 2018, the body is found 84 miles from David’s home. The body is decomposed, but dental records proved it was him and it is confirmed he died from some sort of homicide.

On April 24th, 2020, arrest warrants are obtained for Jolene and Charles.

A massive search begins for Jolene and Charles, but due to their drug use, it could be hard to spot them based on pictures authorities have on file.

Jolene is five foot two and 120 pounds. Charles is five foot eight and 180 pounds. Their appearances could have changed due to drug use and it is possible they are no longer a couple. They could still be somewhere in the Las Vegas area.

Jamaican born Ronald Folkes is wanted out of Palm Beach, Florida for lewd assault and having sex with a child. He has a scar on his forehead and gold teeth.

Four-year-old Lucian Munguia vanished from the Sarg Hubbard Park in Yakima, Washington around 7:15 on September 10th, 2022. Foul play is not suspected, but all possibilities are being considered and looked into. He is autistic, but able to speak and communicate.

On March 23rd, 2007, Randi Gorenberg went shopping at Town Center Mall in Boca Raton, Florida. She was murdered after she was carjacked. Another attack happened five months later, but the two victims (which included a two year old) survived. That December, Nancy and Joey Bochicchio were murdered at the same mall. The only clue police had was a crude sketch of the murderer.

It is inferred that the murder was over a failed attempt to get money. In the beginning, it was considered to be a random act, but then the second attack happened. The victim described a Hispanic man in a floppy hat wearing his hair in a ponytail, but it didn’t prove to be much help.

Nancy’s sister Joann recalls the last day she spent with her and Joey. They had coffee that morning and then spoke on the phone while Nancy was shopping. She tried to reach her later on that day, but had no success. It wasn’t until the next morning when she saw the news and then discovered that Nancy was not at work that she knew what happened.

See also  The Masked Singer: Who Is The Robot?

Investigators were able to spot Nancy and Joey on video, trace a disconnected 911 call and then show her withdrawing money at an ATM. They are also able to make disturbing connections in each case.

There is a $400,000 reward for information and the capture of the killer.

The duct tape used in the abductions was connected to Miami.

The killer was in his late twenties or early thrities at the time of the murders and abductions. He had long hair in a ponytail at the time, could be either Hispanic or Pacific Islander and had no facial hair.

Jose Ortega is wanted in La Puente, California for the attempted homicide of three police officers in August 2022. He is 25 years old, six foot one and 290 pounds. 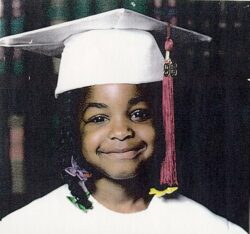 Shy’Kemmia Pate was last seen near her home in Unadila, Georgia on September 4th, 1998. Family and neighbors have been cleared of suspicion in the case. She has a surgical scar on her waistline. She would be 32 years old today.

Surprise
%
About Sammi Turano 4548 Articles
Sammi has been a journalist for over a decade, specializing in entertainment, lifestyle, sports and celebrity news. She is the owner of TVGrapevine and Football in High Heels and the Host of Grapevine in High Heels With Sammi.