ICYMI: In Pursuit With John Walsh Recap for Bloodshed and Blackmail

Officer Tusi recalls that fateful May night, where he was working on a DWI case. He and his coworkers got an alert about a shooting in a Taco Cabana restaurant.

Jamie Nash, who is a crime reporter, covered the case. She remembers the chaos that was taking place.

Officer Tusi says that a white Cadillac was at the scene parked strangely, making him believe it was involved in the crime. Backup officers arrived to the scene and a pursuit begins with a stolen car.

There was a female passenger and a man named Barry Thomas. She claimed that the car was being attacked and she and Barry tried to escape, with shots being fired. The assailant then carjacked the car, held the drive thru workers at gunpoint demanding food and then escaped.

The suspect abandoned the car after driving into a construction zone and ran into the woods. The cops tried to catch him but no avail. They find weapons in the car,  which were used in the shooting.

Witnesses claim that several other people were involved, with one of them being arrested. He is uncooperative at first, but soon spills the beans on what happened that night, including how Glen Holmes Jr was the one who had the gun.He had been smoking PCP all day and was upset over his car breaking down. He went to the restaurant with the gun in his hand, angry over the events involving his car. After the shooting, Glen demanded that the witness and their friends get in the car, but they all run away and refuse to go with him. 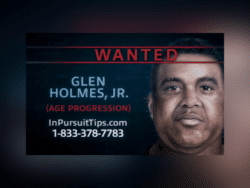 Thirty minutes later, Barry is discovered in an alleyway, dead from gunshot wounds. He tried to get help, but collapsed before that can happen. His loved ones are left shocked, upset and devastated by the entire thing.

Glen is now on the run and wanted for capital murder. A week later, police get a tip that he is in Houston. They act on it and are able to get him into custody, where he awaits trial. However, his parents post his bond and he is able to leave prison, but he must take regular drug tests and wear an ankle monitor.

On January 11th, 2007, he is brought back in jail after his bond is revoked due to him failing a drug test. He is taken back to prison, but his bond is lowered and paid again, much to the anger of Barry’s family.

On May 5th, 2008, Glen was set to stand trial, but he was a no show, thanks to cutting off his ankle monitor and escaping.  Police begin a search for him immediately.

In 2018, there was a possible sighting of Glen in Louisiana at a Mardi Gras festival. There are also rumors that he is cross dressing and hiding in plain sight back in the Houston areas. It is believed that he has a whole bunch of luck or a whole bunch of money.

Glen is five foot four, in his late thirties and has brown eyes and black hair. It is believed he is possibly dressing as a woman and hanging out at nightclubs and events. He may go by Glen Davis or Little Glen. 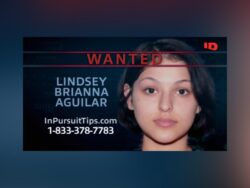 Lindsey Brianna Aguilar is wanted in Phoenix, Arizona for allegedly shooting and killing a seventeen year old girl on July 3rd, 2021. She could be either in the USA or Mexico. 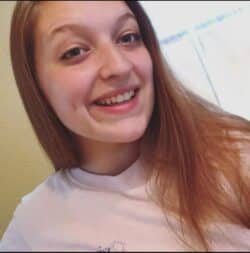 Sixteen year old Maya Kelly disappeared from her home in Saluda, Virginia in December 2021. It is believed she was talking to a man in the military online. She could be in Newport News, Norfolk, Gloucester or Portsmouth areas. She also may have been in Lancaster in August 2022.

See also  Murder Under the Friday Night Lights: Killer in the Field Recap

She is five foot three, 130 pounds, with brown hair that may be dyed red.

Detective Karen Hallman is with the Special Victims Unit and began working on this case, which involves a young girl named Samantha (not her real name) who was victimized by an online predator going by JENNIORVO.

The profile in question claimed to be a fifteen year old female, who started off innocently giving compliments, but then began asking for photos that soon became inappropriate. Samantha soon felt uncomfortable, but she was blackmailed into sending more and more sexually explicit photos.

Samantha soon blocked the account, but then got another friend request from JXNEED. He threatened her and was asked to do a violent sexual act against her brother, which finally gave her the courage to talk to her parents.

These two accounts and another one by JXNEEDS was connected to a twenty one year old named Adrian Fierros in Sylmar, California. Further investigation uncovered that there were other victims across the country.

The father of victims Katie and Melissa (not their real names) shared that the girls told them a similar story to Samantha’s and how they were threatened if they didn’t send sexually explicit pictures. He immediately went to law enforcement and discovered there were many other victims.

Katie talked about how she admired her sister, who was an Instagram influencer. She innocently thought JXNEED was a friend of her sister’s, so she accepted her friend request. Her situation was similar to Samantha’s, with the person mentioning the names of her family members and of her school. She sent the requested pictures and blocked the account, only to get requested again, with the same threats. Things got even worse, with Melissa also being threatened, which led to the girls telling their parents.

Police found out there were more victims and Adrian and he was arrested on October 14th, 2019. He pleaded guilty to production and distribution of child pornography, but has yet to pay for his crimes. He was given time to get his affairs in order, but ended up cutting off his ankle monitor and fleeing.

At this point, Adrian could be anywhere in the US, Mexico or even anywhere else in the world.

There are 83 known victims within three months, with more who may not have said anything yet.

Adrian is five foot ten, 169 pounds, with brown eyes, black hair and a scar on the webbing of his right hand. He could be armed and dangerous.

Brian Edward Hawley is wanted in Beaumont, Texas for repeated sexual abuse and indecency of children. 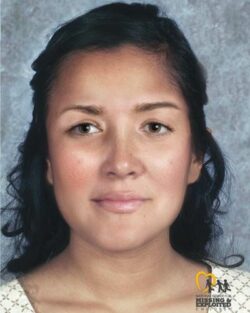 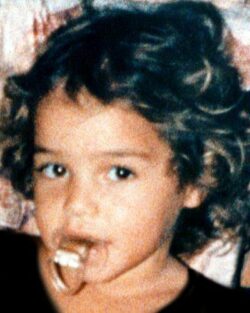 Four year old Michelle Delfi-Feliciano was last seen in her grandparents’ home in Santa Isabel, Puerto Rico in May 2nd, 1992. She is believed to have been abducted from the neighbor’s yard. She could be in Massachusetts, New York, Florida or the Dominican Republic. She would be 34 years old today.