In Pursuit With John Walsh Recap for Unforgotten

Over twenty-five years ago, twelve year old Celina Mays disappeared from her own bedroom in Willingboro New Jersey in the middle of the night. Police have long searched for answers, but have come up empty.

Tawanna Gayflor was a friend of Celina’s in 1996. She was seventeen at the time and Celina was twelve. She can still remember the last time she saw Celina, whom she considered a godsister.

The two of them met in church, where Celina’s aunt Cerita  was a pastor. Celina’s sister Nori remembered Celina and her aunt being inseparable.

Both women recall that a lot of people, including themselves, Cerita, Celina and Cerita’s son Sean Smith, lived in a house together.

On December 16th, 1996, the family got together to have Sunday dinner. Tawanna recalled Celina saying goodnight to everyone before going to bed. She knows that Celina was in the room alone.

The next morning, Nori went to get Celina for breakfast, only to discover that she was gone. There were all pillows in place of Celina, which confused Nori, who was only four at the time.

A massive search began for Celina. Her father CJ filed a missing persons report the next day by stopping by the police station, which authorities found unusual, since people usually called in for missing persons cases.

CJ thought that Celina took a walk and that she would come home, telling police that it was all in God’s hands.

A few days later, Celina was still missing, but everything remained hush hush in the house. A detective went to the house to investigate, but this time, CJ refused to cooperate and the detective was refused entry into the house.

Retired Captain Donna Dmitri said that this case took a new direction because twelve year olds cannot consent to having sex. She and other authorities knew that the father (who was unknown) could be a suspect, but they did not have cooperation by the family or the church Celina and her family belonged to, nor did they have enough evidence for a warrant.

An investigation into the church showed that it was very controlling and manipulative. Tawanna recalled how she ended up in the house and how she was manipulated. She also recalled how Celina revealed she was pregnant and that Sean was the father. He also molested Tawanna in the past. She thinks that CJ and Cerita knew what was going on, even though Sean denied being the father of the baby. 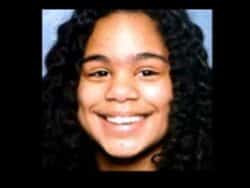 Tawanna and Nori recalled how sinners were shamed in the church and rebuked for their sins—with Cerita showing her wrath. Both women remember how Celina was treated during her pregnancy. Celina also had to lie about the father of her baby and say it was a sixteen year old.

Cerita finally allowed people in the congregation to be questioned, but they all had to lie about Sean being the father.

However, rumors got out about Sean being the father. He went to the police station to clear his name, claiming that he was not the father and that he was sleeping when Celina went missing. Tawanna knew that he had denied everything because he knew he had everything to lose.

The case went to the National Center for Missing and Exploited Children to bring national attention to the case and hopefully get new leads. Celina’s face is on posters all over the country in hopes of finding her safe and sound.

Celina is still missing and Nori still holds on to hope that her sister is still alive. Tawanna also hopes to find answers.

Celina is biracial and would be in her thirties today. Her child, if born, would be in their twenties. John Walsh believes that people still know something and will not rest until she is found or he has answers on what happened.

Glenn D. Bales is wanted for the sexual exploitation of a minor for sending unsolicited pictures through a popular dating app in 2018 in Phoenix, Arizona. He missed his court date and a warrant was filed.

Four year old Codi Bigsby disappeared from his home in Hampton, Virginia on January 31st, 2022. His father alleges that he woke up to find his son missing and faces charges of neglect and abuse. Codi is 3-4 feet tall anf 60-80 pounds. He was last seen wearing black clothes and Spiderman flip flops.

On December 8th 1986, a woman is brutally attacked in an alleyway in Yuba City, California. Eva Crist was found stabbed multiple times. Her daughters Honey and Christina remember that night and how their mother was an outgoing, loving woman. They both shared fond memories with Callahan, including how they would cook together and make Christmas special.

At the time, Eva was dating Efren Meza. They met after the family moved to Fresno after Eva divorced her husband, the stepdad to the girls and father to Eva’s son.

Both girls remembered Efren being abusive and how Eva often kicked him out, but he would always come back and act out violently. They also remember the day of her murder and how they have been trying to bring Efren to justice ever since.

Authorities recall the night of Eva’s murder and how people in a local bar were questioned, revealing how Efren was harassing Eva. After the attack, the bar was sealed, but Efren was still there, but not considered a suspect at the time.

Many friends and family members were questioned and they all recalled how Efren was very violent and had several domestic charges against him.

A warrant is put out for Efren’s arrest, but he disappeared and hasn’t been seen since.

PI Jason Jensen began working on the case several years after it went cold. He thinks he may have found leads on Efren’s whereabouts and is offering an award for his capture. He is believed to be in Mexico based on where a photo he was sent was from. He tried to trace down more information, but turned up empty.

See also  Big Brother 23 Finale Recap: Who Won It All?

A forensic facial expert looked at the picture and other pictures of Efren and said it was a very good possibility that Efren was the man in the photo.

Special agent Matthew Catalano also looked into the case and while he could not comment on the photo analysis, said that Efren has several aliases, dates of birth and social security numbers. There is a $20,000 reward leading to his arrest.

Efren is now 68 years old, five foot four, has black hair, brown eyes and weighed 160 pounds at the time of his disappearance. He could be going by the aliases Efren Calderas, Pedro G Meza or Roberto Alivdrez. He has a rosary tattoo with the initials ECM on the palm of this left hand and one of the name Carmen on the left side of his chest.

The photo PI Jensen was given that could possibly be of Efren had a distinctive door in the background that could help determine his whereabouts. He worked as a field laborer and could be also working as a migrant or field worker. It is believed that he could be in Nayarit or Zacatecas, Mexico.

Jose Luis Gorostieta Martinez is wanted for killing a man in October 2021 in Austin, Texas after an argument. He is a heavy drinker, works in roofing and is considered armed and dangerous.

Misty McGinn was last seen at her home in Rice,  Texas on April 19th, 2020. She walked out of her home at 1:30am and suffers from several mental disorders that require medication. She is five foot three, 150 pounds and has an unfinished rose tattoo on her left forearm.