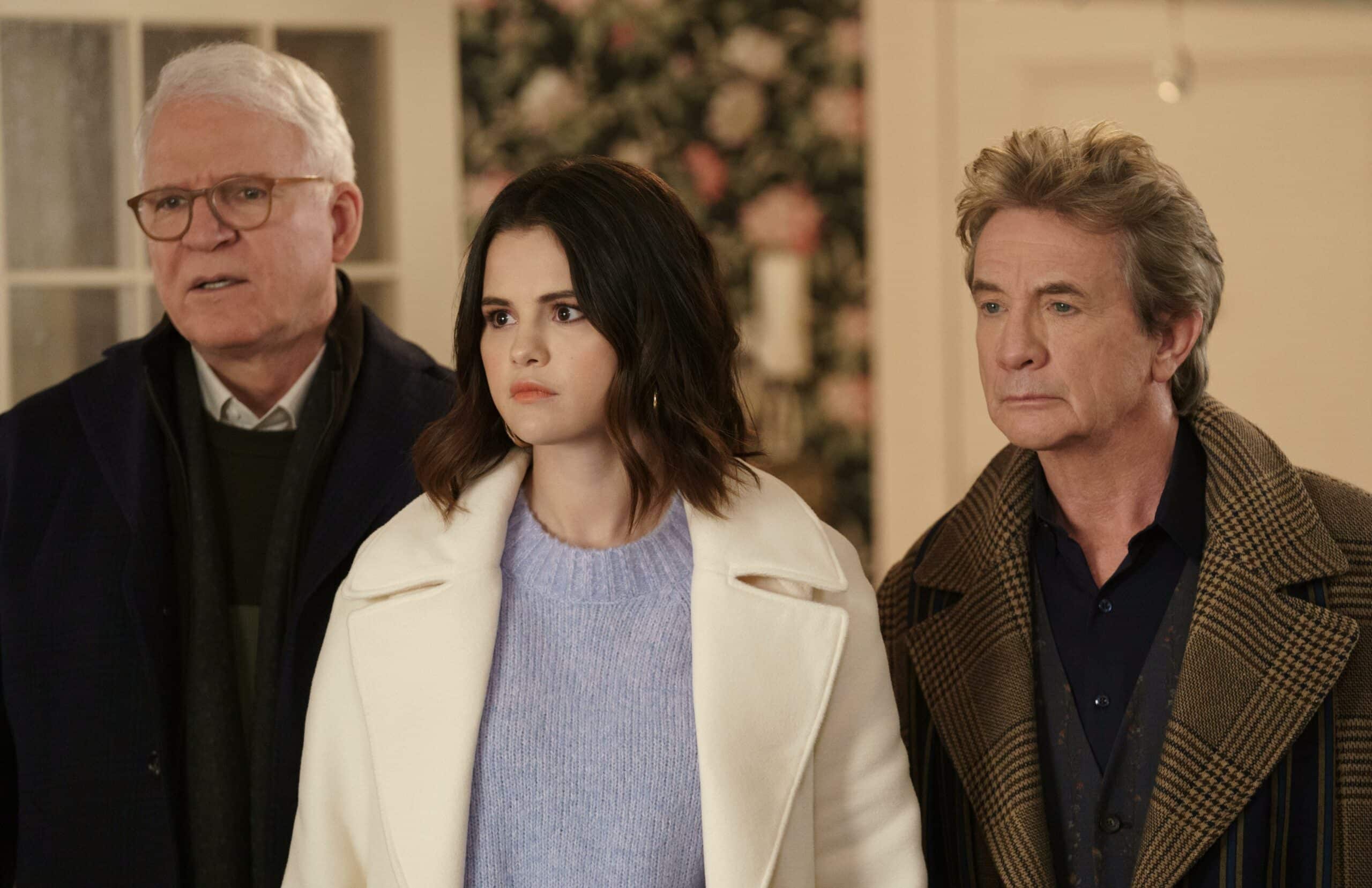 Only Murders in the Building Recap for Performance Review

The sixth episode of Hulu’s Only Murders in the Building opens with Poppy meeting with a guy named Jimmy. He is there to meet Cinda regarding something Mabel did to him in the past. She acts sympathetic and he hits on her.

Cinda meets with Jimmy while Poppy narrates about paying her dues in life. She then introduces her podcast, which is about stories people tell themselves.

Meanwhile, Alice is taking pictures when Mabel brings her breakfast. Alice takes a picture of Alice as they sit down to eat. They are eating a special dish Mabel used to make with her father. Alice asks about her father, but Mabel doesn’t want to talk about him.

Charles is talking to Jan in jail. She thinks they are in a relationship and he seems to be considering rekindling things.

Oliver is talking to a guy about the fact that Will mat not be his son as he waits to take his DNA test. He ends up freaking out before he is taken back.

Poppy continues to talk about life and the truth, only to get a text from Cinda saying she needs to poop and to say she has a call.

Later on, Charles is filming an episode of Brazzos with his new costar. After they wrap, Sazz shows up, eager to work with him again. Charles is a bit hesitant, but can’t do much because Mabel, Oliver and Lucy are there to talk about the case.

As they are chatting, his hair and makeup artist Joy comes by to say hi and take away his wig. She also gives him CBD induced hand cream and flirts with him a bit. When she leaves, Oliver and Mabel tease him and think he should ask her out. He says he isn’t ready to date.

The subject changes to the case again and they agree to text Detective Williams. She gets back to them and is snarky, saying that she thinks they are too stupid to commit the murder.

Lucy goes to leave, only to bump into a cop. After some confusion, it turns out the cop is real and wants to take the trio to Bunny’s apartment. Once there, they are met by Poppy, Cinda and Detective Kreps.

Cinda pushes her podcast, all the while insulting Poppy. Detective Kreps for this part, warns them to stop podcasting. Cinda insists that Jimmy Russo will ruin Mabel, but Mabel insists he is a liar.

After they leave, Mabel follows and talks to Poppy. She tells her to stand up to Cinda and pull the episode, but Poppy is hesitant.

Oliver wonders where Detective Williams is since they think they were texting her. Detective Kreps says she is in Denver on maternity leave. After he leaves, the trio texts the number they think belongs to Detective Williams. The person says that it is too risky to meet up, but to leave their evidence at a drop off point. At this point, they wonder if they are texting with the killer.

They decide to meet with the person in question by setting a glitter trap.

As they trio waits, Cinda, Poppy and Luis work on the podcast. When they are done recording, Cinda notices a performance review note on her calendar. Poppy says she wants to talk about her performance and a possible promotion, which Cinda says she will think about, especially since Poppy found Jimmy.

The trio is still waiting. Oliver talks about waiting for the DNA test and memories with Will. As he reminisces, they discover that Cinda dropped the podcast. As they listen, they hear Jimmy accuse Mabel of chopping off his finger. However, Mabel says that he got handsy and when she pushed him, he got his finger caught in the meat slicer.

Charles puts on some music when a message comes up from the prison. He admits to still being with Jan, upsetting Mabel. As they argue, the suspect comes and gets covered in glitter. They miss it completely, upsetting Mabel even more. She storms off, upset with the entire situation.

Later on, Cinda and Poppy talk about the promotion. Cinda makes it clear it is not going to happen and leaves.

At the prison, Jan gets a visit from Sazz, who breaks up with her as Charles. Jan is upset over this, but Sazz will not stop talking.

Mabel goes to talk to Alice, who is recreating Bunny’s murder, right own to the apartment and her outfit. She also has people dressed as Zoey and Tim. Mabel is confused and upset, so she runs off.

Charles is in his apartment when Oliver visits, terrified about the results. The two of them bond over salsas.

Mabel is at the subway when Poppy calls, spilling tea on what a liar Cinda is and that she is willing to help the trio, as well as share more information.

At that moment, Mabel spots the glitter bombed suspect and hangs up. She goes to approach him….only to be caught on video allegedly stabbing him and running away.

The episode ends with Oliver and Charles hugging as they watch the video.