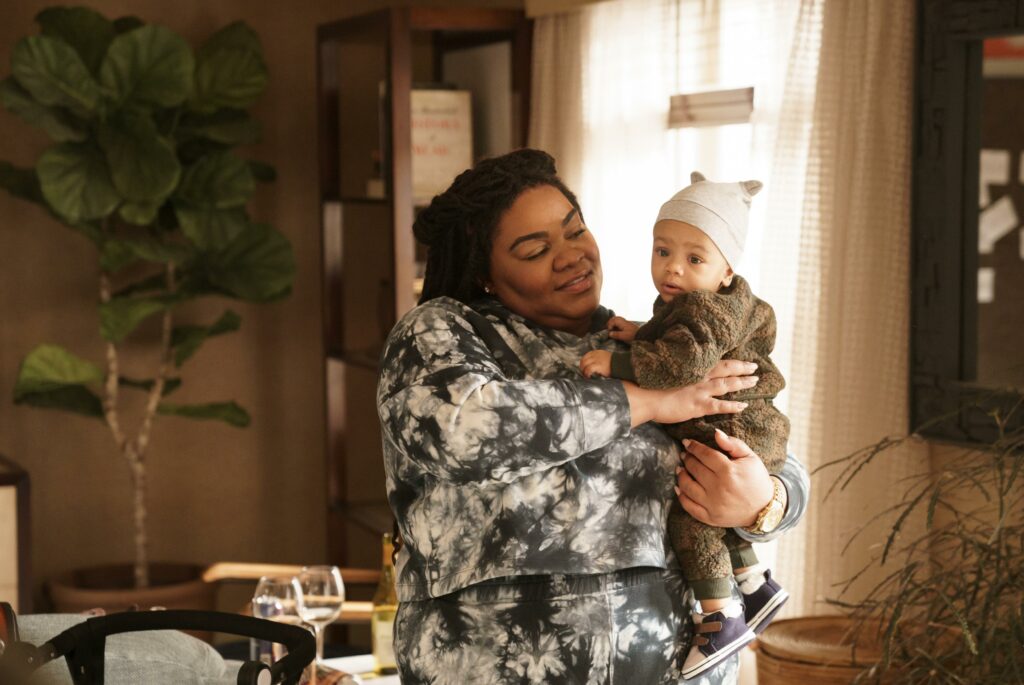 Only Murders In The Building -- “Flipping the Pieces” - Episode 207 -- Mabel's incident on the subway leads her to gain help from an unlikely ally. Their journey takes them to a legendary amusement park which turns out to be full of terror -- while amusements and evidence reside back in the Arconia with Charles and Oliver. Detective Williams (Da'Vine Joy Randolph), shown. (Photo by: Patrick Harbron/Hulu)

Only Murders in the Building Recap for Flipping the Pieces

This week’s Only Murders in the Building on Hulu opens with Mabel doing a puzzle and remembering doing them with her father as a young girl.

In the present day, the puzzle turns to the case as she wakes up from a dream. She sees blood and freaks out….when she hears someone at the door.

It turns out to be Theo. Mabel hits him and demands to know what he is doing. He shows her the video Will showed Oliver and Charles, causing Mabel to freak out. She asks if she stabbed someone again.

Later on, Oliver and Charles are freaking out because they cannot find Mabel. As they try to figure out where she is, Detective Williams knocks on the door with her new baby Junior Detective Keith. She wants to talk to them about the case.

Meanwhile, Theo tries to tell Mabel what happened, but she doesn’t know ASL. He writes everything down and explains how he can’t lip read very well.

Mabel wants to leave but cannot find her bag. She asks Theo where it is, but as he tries to explain, but Mabel is still confused. He finally writes it down, saying they were on the same train and the guy took her bag. She asks if it was Glitter Guy and he says yes. He wants to help her, but she resists at first because he killed Zoe and let Oscar sit in jail. However, he has a security badge from Coney Island that can help her case.

Oliver runs to the bathroom to find the knife Lucy found earlier. Charles follows him and they discuss everything, not realizing that Detective Williams can hear every word. She finally barges in and demands to know what is going on…..as they continue to ride the denial train.

Mabel and Theo go through papers at Coney Island, but run out of time. She begins to freak out, so he takes the papers in a garbage bag for her to read as he charges his anklet. She also teaches him how to play Wack A Mole.

In another flashback, Mabel recalls watching The X Files with her dad. He feels bad he couldn’t take her to the zoo, but she is happy to just watch TV with him and solve the mystery.

In the present day, Mabel and Theo are still bonding over games at Coney Island. He wins her a prize, which happens to be a ring similar to the one Zoe stole. He confesses every night he goes to sleep wondering if he pushed her or she fell. Mabel confesses to feeling the same about not knowing what is real in terms of what happened.

Detective Williams continues to question the guys, but her baby won’t stop crying. Oliver finally calms baby Keith down by putting him on his back and kicking his legs to release gas bubbles in his tummy….all to the tune of A Chorus Line. Detective Williams says she will never do that….but she will help them prove Mabel is innocent. They run to the bathroom and find the knife and say it can help with the case.

As Mabel washes her hands in the bathroom, she recalls her father breaking his promise to go trick or treating dressed as Mulder and Scully. He offers to do a puzzle and she freaks out, tossing it to the floor.

Back in the present, she hears a noise and sees who she believes to be Glitter Guy in the locker room. She finally pushes him down, grabs her bag and runs….telling Theo they need to leave. They both hide in order to keep away from Glitter Guy, who runs in another direction.

On the way home, Mabel goes through her bag and sees the matchbook is missing. She finds a piece of paper and says they have to go back.

At that moment Teddy calls Theo and Mabel opens up about her dad dying from cancer when she was seven. She reveals that in that moment, she learned how to block things out when things became too much….but now she needs to flip the pieces and see the whole picture. The whole time, she recalls seeing her dad in the hospital as he was dying. This leads to her remembering the night Bunny died and how it wasn’t her fault.

Theo drops Mabel off at the diner. She tries to thank him in ASL and they have a sweet bonding moment. She walks into the diner, where the guys are waiting with open arms.

Theo watches from the car and sees he has several missed calls from his dad. He calls back.

Mabel shows Charles a picture she got from Glitter Guy. It shows Charles and Lucy together. Charles calls Lucy to check in on her as the power goes out and the episode comes to a close.