In Pursuit With John Walsh Recap for Deadly Secrecy

On this fateful day, Malinda Beausoleil was talking to her sister Judy about her niece Tiffany Booth. Judy (Tiffany’s mom) had not heard from her, but knew she was away with her boyfriend Eduardo Clemente, so she was not too worried.

Tiffany’s family, including Judy, Malinda and cousin Angelena, were initially happy about the relationship. This is why they initially didn’t worry too much, despite the fact that it was unusual for Tiffany to not be in contact.

Her friend Bree, who was due to come to Vegas in the coming days, began to worry when her location showed she was in Idaho. She began to worry even more when several messages appeared on her social media pages, asking where she was and for her to get in contact.

Judy is now very worried and goes to Tiffany’s condo to check things out. Her clothes and asthma medicine were there. Due to the fact that Tiffany was a severe asthmatic, Judy thinks something could have happened to her daughter. She files a missing persons report on her and Eduardo. Their job (since they worked together) also filed a welfare check, but there was nothing suspicious.

Bree goes to Vegas as planned and discovers security footage was missing and that her bank information had unusual activity. 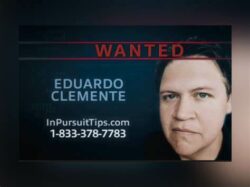 Further information shows that Eduardo used the name Daniel Trent and that he also went by several other aliases.

Three days after Tiffany was reported missing, on October 8th, an abandoned vehicle was found fifty miles from Vegas in a deserted area. A receipt in the front seat leads them to a Walmart in Idaho, where they find footage of Eduardo shopping—without Tiffany.

Authorities obtain a search warrant for Tiffany’s condo, where they find Saran Wrap, white powder on the floor and aspirated blood on the wall.

A look into Eduardo’s bank statements reveal that he got a GPS device that he put on Tiffany’s car. This allowed them to find the area where Tiffany’s body was discarded. An autopsy revealed that she died by blunt force trauma.

A mass search begins for Eduardo. During this time a coworker named Keenan Stewart revealed that Tiffany confided in him that Eduardo was abusive. He also received a butt dial from Eduardo, where he overheard him fighting with Tiffany. It is believed that this fight is what led to her murder.

The FBI is brought in and they realize that Eduardo could be using his IT background to cover his digital tracks and that he could have changed his actual appearance by losing weight.

Tiffany’s family have been celebrating her memory regularly.

Eduardo is considered armed and dangerous and could have lost up to 150 pounds and comes across as a ‘teddy bear.’ He also uses several online aliases to interact with people.

Eduardo has connections in Nevada, Idaho and Montana, but could be anywhere working remotely. 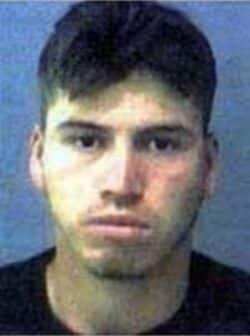 Juan Carlos Mayorga is wanted for a 2002 murder in DeKalb County, Georgia. He has ties to North Carolina and Hidalgo, Mexico, uses several aliases and works in construction.

Ten year old Tionda Bradley and her three year old sister Diamond went missing from their home in Chicago in July 2001, while their mother was at work. They have not been seen since. Tionda has a scar on her left forearm and Diamond has one on her hairline on the left side of her head.

On this day, Rebecca Moses, a 27 year old single mom, was shot and killed in front her friend Myra Loman. Myra had been close to both her and her husband Emigdio ‘Emilio’ Ramirez Garcia, her alleged killer.

At the time, Rebecca was raising her son Corby as a single mom. She met Emilio, who was close friends with Myra’s family…and even the godfarther to one of her kids.

Myea remembers Rebecca and Emilio getting together and secretly marrying. It seemed like they had the perfect life, but before long, Emilio began abusing Rebecca. She ended up leaving him and Rebecca went to stay with Myra.

On May 16th, 1997, Emilio went looking for Rebecca. Myra refused to let him in, but he kicked the door in and eventually killed Rebecca. He attempted to kill Myra as well, but the gun had run out of bullets.

Myra stayed with Rebecca until she took her last breath and went to the police station to report her murder.

Sheriff Lemmie Smith recalls getting the report and arriving at the scene of the crime. An arrest warrant was put out for Emilio, who was nowhere to be found.

An anonymous call traces Emilio to Georgia and Mexico, but the trail once again went cold.

On December 15, 1997, he was indicted for first degree murder, but since he was in Mexico, it was a challenge for authorities.

Rebecca’s family claim they never actually met Emilio, but her sister Beverly says she did see him once. She was suspicious of him, as was her mother Charlotte, who was aware of the domestic abuse. She also recalls that Rebecca discovered Emilio had another family in Mexico.

Beverly also remembers finding out her sister was dead and how she and Charlotte tried to find him in order to bring him to justice.

Ten years after the murder, Sheriff Matt Sasser took on the case and will not rest until Emilio is captured.

Emilio is now 63 years old in likely in Mexico. He was born in Mante, Tamaulipas and may still have family there. Emilio is six feet tall, 160 pounds, black hair, brown eyes and a tattoo of a heart with the word Amore on his left forearm.

James Marques Smith is wanted in Nashville, Tennessee for a fatal shooting in May 2022. He has fled and not been seen since. James is considered armed and dangerous. 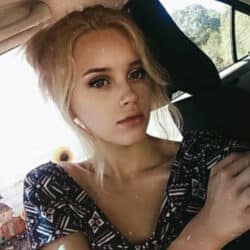