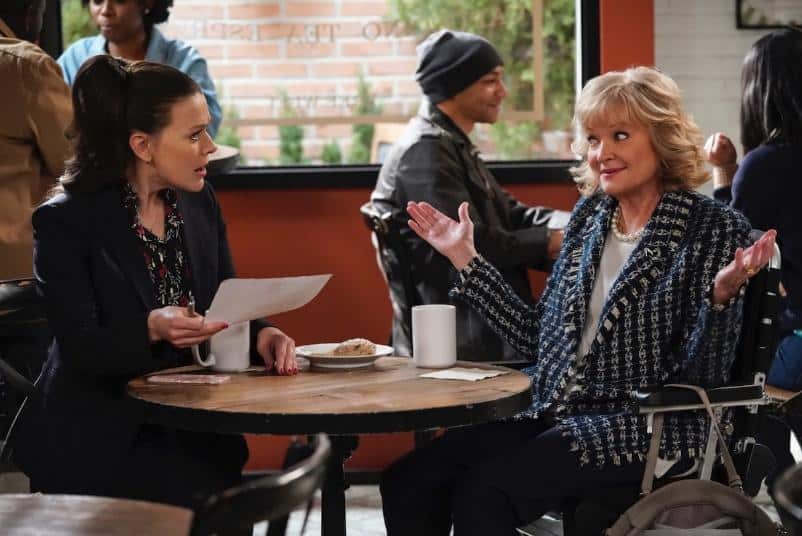 ICYMI: Bob Hearts Abishola Recap for Every Subpoena Is a Tiny Hug

The episode opens with Bob and Abishola hosting dinner for Dottie, Doug and Christina. They talk about food and dental hygiene as Christina tries to tell them about her new job.

She finally tells them that she is working for a new sock company called Tosey Wosey. Dottie thinks she is selling feet pictures, but she assures her she is not. She is going to be a competitor for MaxDot, which nobody finds threatening because she is working out of a garage.

That night, Bob and Abishola look at the website for Christina’s business. At first, he is not worried, but then he realizes that the company was on Shark Tank and makes more money than MaxDot. Abishola thinks that they can send business his way.

Olu tells Tunde she is going to run errands while he stays home. However, errands is code for shopping, massages, movies and Wendy’s.

When she gets home, Ebun is there and shames her for being out. Tunde tells her to check her phone next time.

Ebun continues to shame her, while Tunde complains about the fact that he was stuck with her all day. He then takes the Wendy’s food Olu got and goes to eat it by the dumpster.

Dottie, Douglas and Bob talk to Goodwin and Kofo about Christina’s business. They admit the competitor has good ideas, most of which came from Christina…and they ignored. They want her back, but Bob points out that she is happy and Kofo already took her job. He presents his own ideas, which are shot down by Dottie.

That night, Ebun continues to shame Olu over dinner and complains that she is neglecting Tunde. The sisters end up in an argument, which leads to Olu insulting Ebun’s marriage and Ebun storming out. Tunde hides until Ebun is gone.

Dottie and Christina meet for coffee. It starts off nicely, until Christina gets work related calls. She admits Abishola is her inspiration, but then backtracks and says that Dottie inspires her as well.

Dottie then makes her sign a document stating that she cannot share her ideas she came up with at MaxDot. Christina says that she hated her ideas and refuses to sign. Dottie then gives her a cease and desist, making Christina even angrier.

Douglas and Bob have a drink together and bond over how they want to leave the business, but don’t have the guts. They also toast to Christina and discuss their dreams.

At the hospital, Christina vents to Abishola, Gloria and Kemi. Abishola says that she is brave and that she is proud of her. Kemi lays on the guilt trip she thinks Dottie wants to give her, while Gloria thinks she may be on to something.

Ebun is cleaning Bob’s house when Olu comes over to talk. Olu says she and Tunde are happy and she wishes Ebun would be as well. She gives her a movie ticket and offers to have a sister day. Ebun asks if Dwayne “The Rock” Johnson is in it and Olu says they all do. They agree to go, even though Ebun wonders what people would think.

The next day, MaxDot haves a meeting when Christina calls. She thanks Dottie for the lawsuit and thinks it was a good motivator. Bob asks her to come back and offers a raise, upsetting Goodwin, Douglas and Kofo. Christina thinks this is a good thing, but refuses to come back. She has her assistant end the call.

The episode ends with Ebun and Olu watching a movie. Ebun then admits her husband hasn’t called since she has been in the US. 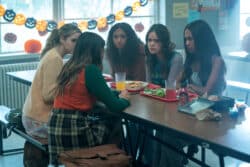