In Pursuit With John Walsh Recap for Evil Deception 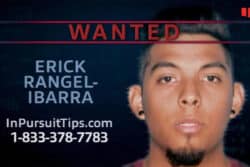 Kaly Palacio recalls waking up on the morning her sister Lesly went missing and seeing her bed empty. She and her mom were worried, especially when her sister Karley said that she was with Erick Rangel-Ibarra. He was a family friend who was deeply in love and obsessed with Lesly.

The night before she went missing, she had gone out with friends, despite her mom’s protests. Erick asked if she wanted to do something and she agreed to go as friends.

Lesly’s sisters and mom Aracely remember Lesly as a loving woman who wanted to help others. She was even helping her mom start a cleaning business before she went missing.

That night, Kaly and Karley remember getting texts from Lesly, most of which were unusual. Kaly remembers getting one that said Lesly had something to tell her, but never got another text or call. Her phone also went to voicemail.

The Morning After and the Investigation Begins

The women went to Erick’s family’s house, only to find them moving stuff out of the house, which made them wonder if something happened in the house.

At this point, Lesly’s family puts out a missing persons report, which led to the police searching her social media and phone records. They notice her social media had pictures with her and Erick together, making them wonder if they were in a relationship.

It is also discovered that Erick and his father Jose were also missing.

Phone records trace Lesly and Erick going to several bars together and surveillance videos show her getting intoxicated. They also show them going to a house together close to where Erick lived.

Later on, video shows Erick and Jose dragging a wrapped, unconscious body out of the house, making them think that not only was it Lesly, but that the father and son had gone on the run.

Police get a search warrant to search the house, where they discover that Erick’s sheets are missing and there is blood on the mattress.

The Palacio family always found Erick to be suspicious and problematic, saying he was obsessed with Lesly.

Authorities double down on searching for Erick and find evidence of his truck at a gas station and national park, where they think he dumped Lesly’s body. Eleven days later, her body was found in Nevada desert. They were not able to determine a cause of death due to the body decomposing in the heat, but they were able to connect her blood to the blood found in Erick’s bed.

Erick and Jose were wanted criminals and at large. A massive search went out for them and it was believed they fled to Mexico after leaving Erick’s car with a cousin.

Jose ended up turning himself in and confessing to his role in the murder–but not before he downplayed his involvement. He also claimed he and Erick got separated at the Mexican border.

He ends up pleading guilty in June 2021 and sent to prison—only to be released after eight months.

The FBI is brought in to find Erick, but so far have come up empty-handed.

Erick has been on the run since 2020 and may be in California or Mexico. He is five foot six and 170 pounds. At the time of the murder he had a trimmed beard and moustache, with short hair. It is possible his hair is longer and he may now have a goatee. He also has several tattoos, including the state of California by his ear, a skull on his chest and a Dragonball Z themed tattoo on his left wrist.

Alexis Willocks is wanted for a murder that took place in November 2021 in South Bend, Indiana. She is five foot four and 110 pounds. There is a chance that she fled to California. 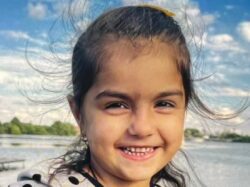 Lina Sardar Khil was last seen near a playground at her apartment complex in San Antonio, Texas. On December 20th, 2021. She said to have wandered away from her mom and disappeared.

She is originally from Afghanistan and may only speak Pashto.

Kym Brown Hunter was a single mom who lived in Florida during the 1980s. She loved the ocean, which led her to meeting who she thought was the man of her dreams. However, the two of them ended up divorcing. She ended up moving to Clearwater with her daughter Jaime and reconnecting with an old friend Jerry Dunning.

At first, things seemed to be okay, with Jerry stepping in as a father figure while Kym went back to work as a private investigator.

Things came to a screeching halt when the school called, saying that Jaime told her guidance counselor that Jerry had been molesting her and a friend. Kym was completely shocked and recalled when she went through the same thing as a child.

Kym kicked Jerry out and talked to Jaime about what happened to her, assuring her that she was not alone.

Kym’s brother helped move them out, with Kym feeling guilty that she was unable to help her daughter or see the signs of what was happening in her own home.

Jaime also recalls her abuse and how scared she was that her mom would think she was lying. She was relieved that her mom understood her and believed her, which helped her feel secure.

Sergeant Burris worked on the case and shared the disturbing details of what happened to Jaime and her friend Rachel. He arranged for Kym and Jerry to talk on the phone, so police can catch him admitting to his abuse.

This led to the police arresting him, but he was released on bail. He skipped town before his trial and has not been seen since.

Kym began looking for him through her PI job. She went to Tennessee, where she suspected he was with his mother. Once there, she was able to find a lead, but was unable to do much due to a restraining order.

This led to her hiring another PI, who confirmed he was in Tennessee going by his middle name Chester and selling seafood from the back of a truck. The PI also confirmed that his mother would cash checks for him at a local convenience store.

The FBI got involved and Jerry was put on the Most Wanted List for crimes against children. They went into overdrive to help find him, but so far they have not had any luck. The only tip they have is that he may be in the Caribbean.

Jerry is now 62 years old with brown hair, brown eyes and a scar above his left eye. At the time of his disappearance, he was five foot seven and 170 pounds.

Aliases could include Chester, CJ, JR or Junior. He could be around the boating community, working in the field.

Possible locations could be in the Caribbean, Brazil, Mexico, the Bahamas or Tennessee. He also owns several guns and loves outdoor activities.

Uatesoni Paasi is wanted for murder in San Jose, California. He was last seen in Honolulu in April 2022. 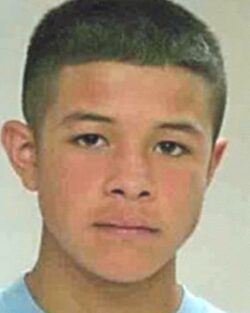 Enrique Medel was last seen on March 17th, 2011 in Albuquerque, New Mexico. He had told his uncle he was going out with friends, but has not been seen since. He has tattoos, including the words GAME OVER on his knuckles and the word MEDEL on his abdomen. He would now be 25 years old.

Surprise
0 0 %
About Sammi Turano 4375 Articles
Sammi has been a journalist for over a decade, specializing in entertainment, lifestyle, sports and celebrity news. She is the owner of TVGrapevine and Football in High Heels and the Host of Grapevine in High Heels With Sammi.