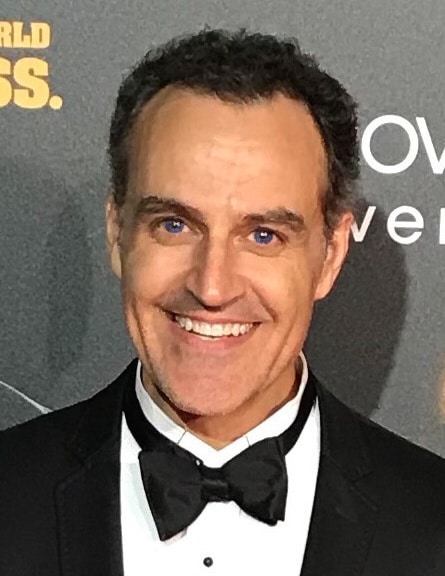 Tell me a bit about how your career began.
I’ve been acting since early grade school, but never thought of it as a possible career until grad school, when I met some actors who would become friends and mentors. They gave me their perspectives and introduced me to some people, got me thinking about theater and training, and I was bit by that bug. Somehow, I booked the first role I auditioned for at the end of 1991, and it was the lead in an indy feature shooting around Orlando, FL. Little did I know that two months after wrapping, I would be doing extra work to try to stay afloat — the often humbling roller coaster ride that is a life in the arts.
-Who inspires you as an artist?
Daniel Day Lewis, Tom Hanks, Sam Rockwell, Anthony Hopkins, Christian Bale, …
-Tell me about working on BILLIONS?
-blissful gig — three full weeks of work, two episodes in the first season, trailing Paul Giamatti’s character around (and getting to hang with him and trade war stories for days on end), long hours, great actors, crew, and production, all for less than a couple minutes total on screen.
Royal Pains?
-nice shot in the arm for the career, my first recurring role on a notable TV show after moving from LA to NYC — a nice boost with wonderful and welcoming actors and crew
Blindspot?
-another noteworthy recurring, and to be invited back by the creator for the series finalé as “one of our favorite Guest Stars” was wonderful
-Tell me about working with Denise Richards?
Denise is lovely. In “Junkyard Dogs” (opens Aug. 5), I am playing her ex-boyfriend from high school who coincidentally is now trying to burglarize her neighborhood, in a kid-friendly and often comedic way — so much fun chewing that scenery.
Megan Fox?
-didn’t actually get to meet or work with her, but everyone said that she was really nice and fun to work with, and that “Johnny and Clyde” script is a rip-roaring blast (coincidentally co-written by my “Junkyard Dogs” sidekick, Nick Principe)
Danny Aiello?
-such a gift and a pleasure to witness him work, to pretend to be his son, listen to his stories about “old Hollywood”, and become friends with him. It’s a brilliant performance that carries this film so well, and is a fitting and moving swan song for him. I miss him very much.
-Who are some people you want to collaborate with?
other than those actors above, Richard LaGravenese, Scorsese, Speilberg, Judd Apatow, the Farrelly brothers, Baz Lurmann again, Adam McKay, Todd Phillips, …
-What’s next for you? Any new projects planned?
-continuing the 10-part mini-series, “Couple of Guys” (with Lukas Hassel and Debra Markowitz), shooting the follow up to the jolting feature, “A Girl Like Her” in Detroit with Amy Weber (another timely story set in a high school called, “A Girl Like Him”), and a fun road film in Boston called “Get In” over the next few weeks
-Tell me a surprising, fun fact about yourself.
I am addicted to racquetball — can’t play it enough (despite what my knees are telling me)
-What are you watching on TV these days?
believe it or not, just finished “Breaking Bad” (WOW), watching “The Staircase” (HBO), and “The Offer (Paramount Plus) — all riveting and so well done
-Anything else you want to tell America?
laughter will save us … and I can help …
Facebook
Twitter
Pinterest
LinkedIn