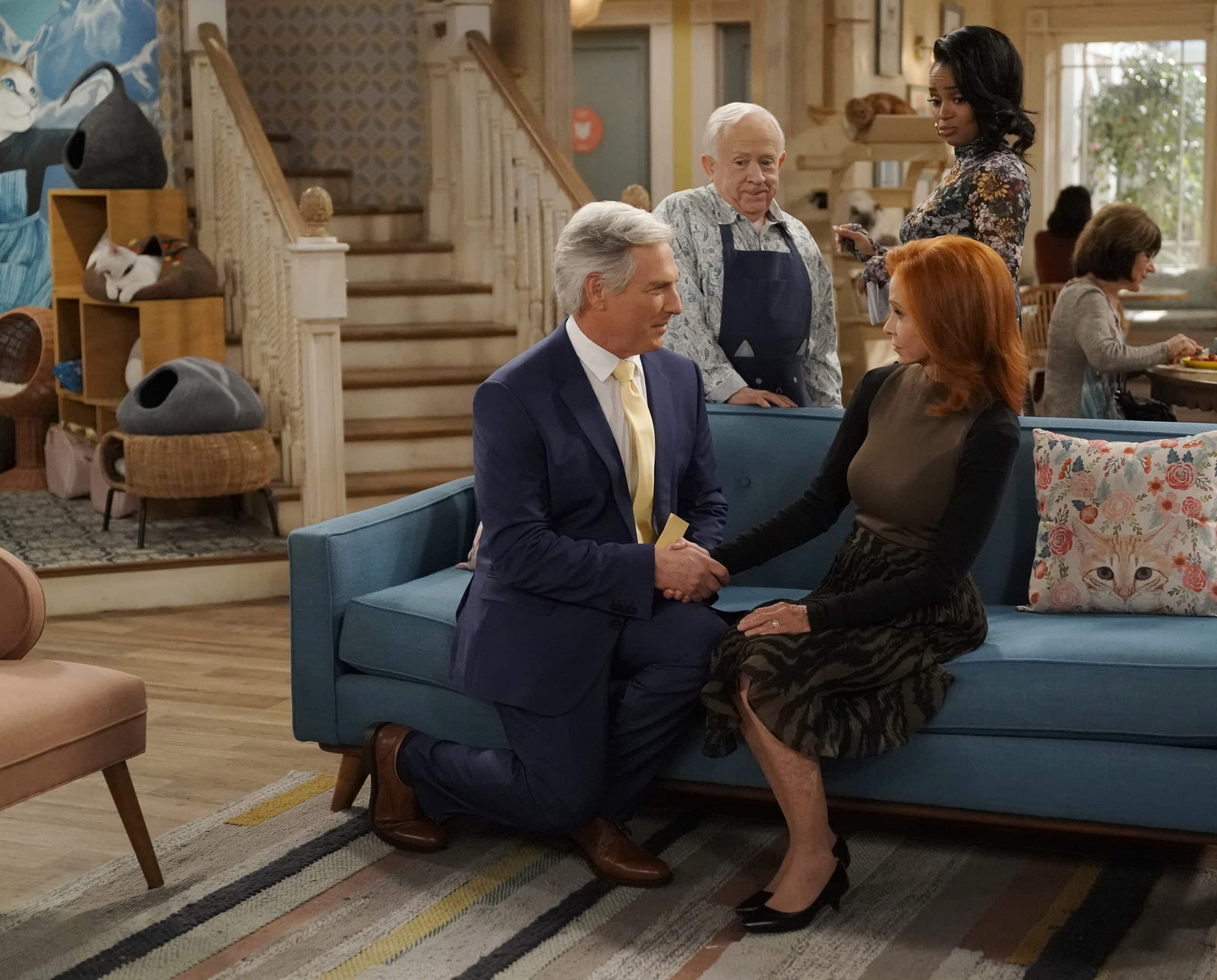 The episode opens with Kat juggling with Oscar. She ends up breaking things.

Randi walks in and snarks about Kat’s party tricks and their news parties. She teases Kat about her Dale Dixon crush and says she submitted the cafe for one of his segments….and that it was chosen! The girls squeal while Oscar says he is glad his girlfriend will be on the news for something good, unlike the girls he dated during his bad girl phase.

Randi shares more good news….she got an apartment. She is thrilled, but Kat wonders who she will watch Property Brothers with on Tuesdays. Oscar offers to watch with her, but she says it is no fun unless she can debate on which one is cuter. Randi and Oscar think it is Jonathan, but Kat thinks it is Drew.

Oscar teases her about her crushes, which leads her to admitting she had a think for McGruff the Crime Dog. This leads to more teasing and Randi going to pack.

Sheila and Phil are excited about the interview, but Sheila snarks on the importance of the interview and on Kat’s looks. At that moment, Olivia shows up to do the pre-interview, so Kat shoos Sheila away. Olivia decides to call Kat quirky and gives her ground rules. Kat ends up sneezing, but denies she is sick.

Randi tells Max and Carter about her apartment, which leads to her and Carter telling Max to start looking for her own place. She goes to leave and prep for the interview. Carter wonders why she didn’t nominate her boyfriend’s business and she says she doesn’t have a boyfriend. He says she is, but doesn’t know it yet.

Later on, Randi and Max work on looking for his own apartment, when Kat comes in, saying she is feeling warm. Everyone sends her to bed and Max warns them that Kat turns into Katzilla when she is sick.

Randi is packing and singing….but gets scared when she realizes she is turning into Kat. She checks on Kat, who is freaking out about being sick. Kat admits she needs things, but ends up driving Randi and Phil crazy with her antics.

Max tells Carter he found an apartment, but it is out of his budget. Carter asks if anyone wants a roommate at the bar, leading to Max wondering if he is that bad. Carter just admits it is a lot for them to be together all the time. This leads to him interviewing roommates, one more crazier than the other.

The next day, Oscar checks in on Kat, only to get her wrath. He offers to get her holy water and anything she wants to feel better. Sheila comes by to help and ends up doing the interview on Kat’s behalf, along with Phil and Randi.

Dale arrives and Phil asks if he can record a birthday message for his mom. He agrees for $30. Sheila reminds Dale of their initial meeting and they end up hitting it off. They make a date, but Dale has to leave to cover a fire, which is at the apartment Randi was supposed to move into.

Meanwhile. Kat is freaking out over the interview and her mom taking over. Oscar gets her to go back to sleep and sits with her.

The next day, Kat is feeling better, so Randi and Oscar show her the interview. It turns out Sheila spoke highly of Kat…and Randi gave a shout out to a bar. Oscar sneezes and gets kicked out.

The episode ends with Carter watching Randi’s shout out and Kat bonding with Sheila. Max and Randi decide to be roommates.