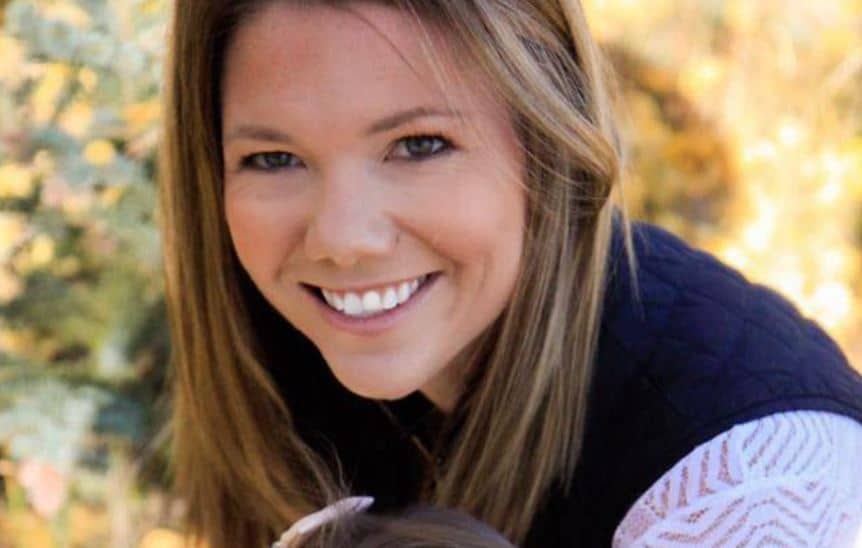 People Magazine Investigates newest episode Flight Risk gets in depth about the murder of young mom and pilot Kelsey Berreth.

Friends and family described her as a kind, loving person who grew up as a tomboy. She loved the outdoors and watching crop dusters. She was a pilot by the time she was in her twenties and seemed to have it all, except someone to share her life with at the time.

Fast forward to 2016, when she met her boyfriend Patrick Frazee on the dating site Farmers Only. The two ended up falling in love fairly quickly, despite being in a long distance relationship. They meet in person after a few months, which leads to them getting engaged and Kelsey moving to Colorado to be closer to Patrick.

In 2017, Kelsey discovers she is pregnant and gives birth to a baby girl later that year. She is also working her dream job and balancing life as a working mom and fiancée. All seems well until mid-2018, when the stress really seems to be getting to Kelsey. However, she goes on a retreat in California and seemingly gets her groove back.

That Thanksgiving, she calls her mom to catch up and talk about her plans. She hangs up when it time for her to finish her shopping…..and other than a text a few days later, is never heard from again.

Her mom is frantic, so she demands a welfare check. The police get there and discover there is no sign of Kelsey or her little girl. This leads to them questioning Patrick, who says they broke up and agreed to share custody of the baby. He said that he got a few texts from her, including ones requesting he keep the baby because she was tired and stressed. She also asked if he loved her, which makes investigators wonder if she was suffering from some sort of depression.

Surveillance shows Patrick did indeed pick up the baby and go to Walmart as he said and that Kelsey did go to Safeway as planned to do her shopping.

Kelsey’s phone was last pinged at Malad State Park in Idaho, which investigators found unusual. Her mom and brother go to Colorado to look for her, when her brother Clint finds something in her home that may be a key to the case…..blood in the bathroom.

This leads to the police getting a search warrant, where they find more blood and determine that it is Kelsey’s…..and there is also DNA of two other people in the house. There is also evidence that someone went through the trouble of thoroughly cleaning the house.

A major search begins, complete with people offering rewards for information on the case. Colorado police are hoping Idaho police find something, but they come up empty. Patrick is now a person of interest.

The police go through his phone records and discover he was calling a woman named Krystal Kenney in Idaho. An FBI agent calls her and she claims that she is friends with Patrick and they own horses together. However, when she went to Colorado to see him, he didn’t have the money, so she went home. She also claims she used a friend’s car to go, which the investigators find fishy.

Krystal’s husband Chad says that Patrick and Krystal actually had a romantic relationship that was recently rekindled, which led to the end of their marriage. Investigators now have enough evidence to get a warrant for her DNA and a search.

They also question her friend, who confirmed they switched cars. She also revealed that she kept a gun in her car for protection. With this new information, they continue their investigation on Krystal, where they discovered said gun had been used.

She admits that she did it for Patrick and that he manipulated her by saying Kelsey was a terrible mother who was putting the baby in danger. However, she told Patrick she was done with him after the third murder attempt.

On Thanksgiving, Patrick calls Krystal and tells her to meet him at Kelsey’s to clean up a mess that ends up being a murder scene. As she cleans, he keeps calling her, saying she better be doing a good job and to look for a tooth. She knows she is a part of this now as he reveals that he blugended her to death and put her in a storage bin and throws it away. He then went to his mom’s for Thanksgiving ans acted like nothing had happened.

Krystal says they ended up burning evidence and that she left things behind. She agreed to show the police the house and gave a full confession of everything that happened, including how she sent texts from Kelsey’s phone.

Patrick ends up in jail and Krystal testifies against him. However, it is Patrick who gets himself in even more hot water when he tries to convince inmates to kill Krystal, Chad and anyone connected to the case. He is sentenced to 156 years in jail without the possibility of parole.

Krystal also receives a sentencing, while Kelsey’s parents are given custody of her daughter.