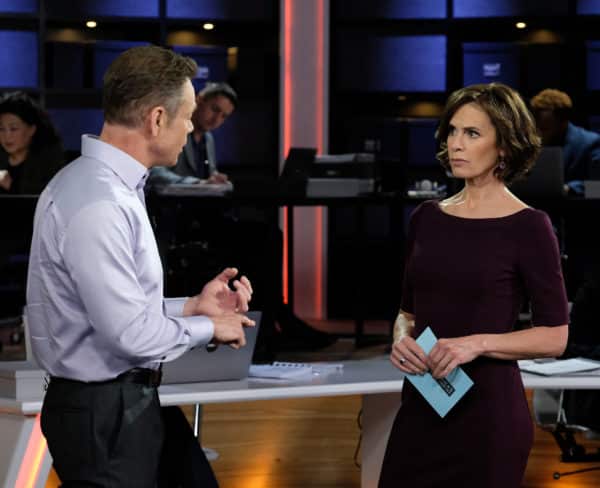 Tonight’s episode of Fox’s America’s Most Wanted follows three all new cases of criminals on the run. Elizabeth Vargas hosts.

CASE 1: Raymond McLeod: He is a former Marine on the run after killing his girlfriend Krystal Mitchell. He was a bodybuilder and insurance salesman known for driving flashy cars. The two of them met when he went to her building to rent an apartment. The two of them began flirting and eventually dating.

At first, he was there to protect her and her two children after she got out of a bad relationship. However, things went sour when the two of them went on a trip to San Diego on June 9, 2016. The plan was to stay with one of Raymond’s friends. The couple went to a bar, where they ended up getting into a fight. A bar patron intervened, which caused another fight.

The two went back to the house where they were staying….and she was never seen alive again.

Yodit Tewolde comes in and shows off his avatar, which includes his build, tattoo sleeves and close shaved hair cut. She adds that he used the names Maverick, RJ, Ray, Mateo and Matthew Rodriguez. He is 5’11” and about 245 lbs. He is now 37 years old and was last seen in California and using a Canadian passport.

He was also demoted from combat in the Marines, has several domestic violence charges against him and described as a hothead.

The next day, Raymond’s friend went to check on them, but initially decided to give them privacy until that night, when he discovered Krystal’s body.

Her mom knew something was wrong and kept texting her, as did Krystal’s dad. They got the call about Krystal’s death, leaving her devastated.

Raymond, for his part, was gone, as was Krystal’s car. A few days later, her car was found, but no Raymond. The authorities got some leads, but no avail.

This led to Krystal’s mom taking matters into her own hands and took out some ads, hoping for answers. This allowed for her to get a tip that he was in Guatemala, claiming to be a former Marine. It is suspected that he has been hurting others while on the run. He was last seen at the Almost Famous Hostel in Livingston, Guatemala in 2017.

Paul Holes says he has been seen in Central America and Mexico, frequenting hostels. He also is often seen with a girlfriend in his arm. He is probably getting into fights due to his temper.

Krystal’s mom Josephine and US Marshall Frankie Sanchez talk about how Raymond is charismatic and that this is now a top 15 case with a $50,000 reward for his capture.

ALERT 1: There is a string of car thefts in the Bronx, NY. They beat attendants, stole money, keys and cars. One man was in a gray fur trimmed coat, while the other was in a red coat.

ALERT 2: On March 17th, a man goes after a Jack In The Box manager after refusing to wear a mask. He stabbed the manager three times.

He is identified as James Henry Schultz, last seen in a flannel shirt, jeans and a camo hat.

CASE 2: John and Julieanne Dimitrion: They were very wealthy business people who loved to live the lavish lifestyle. They were respected members of their church, but in reality, they were running scams and taking advantage of the vulnerable and elderly.

One victim was the Dano family. Rosemary was suffering from terminal cancer and in dire financial straits. The couple promised to help, but ended swindling them out of everything they owned. They even made fake forms, making the family think they were paying their mortgage. However, the money went toward the Dimitrions’ lifestyle.

Authorities got wind of this and set up a call, which led to their arrests. Everything was taken away from them and they were set to plead guilty in the case. However, they ended up escaping by him pretending to be a hospital patient and her pretending to be a nurse.

Yodit says that they are now facing fugitive charges and probably still living a flashy lifestyle and still scamming others.

So how did they escape? They got in touch with an anti government group to get them a private plane in exchange for helping them with their own plans.

Once they landed, they worked with group leaders, staying in Utah and Alabama…..until the group caught on and kicked them to the curb. However, the Dimitrions escaped before the FBI could catch them.

Daniel Botty, US Deputy Marshall, say that they were seen in casinos in Las Vegas and Minnesota. The couple has connections in Massachusetts, the Philippines and Australia. Paul says that their anti-government group connections might help them get caught.

ALERT 3: On February 26th in Houston, Texas, a woman was the victim of an attempted purse snatching, where two men escape in a white car. She thinks that the robbers followed her to the bank.

CASE 3: Sam Cross: Daniel Solis talks about his mother Arielda Jiminez, who worked hard to make sure the two of them had a good life. On June 21, 2018, Sam Cross went to go after his daughter’s ex boyfriend for pistol whipping her. He shot the boyfriend Tarver and Daniel’s mother. He disappeared a few days later and hasn’t been seen since.

Paul Holes confirms that he was seen on camera and took a risk by showing up at a medical clinic. He has connections in Georgia and the Carolinas. He is close with his family so it is possible that he is crashing with them.

ALERT 4: Daphne Westbrook has been missing since October 6th 2019 and it is suspected that her father John kidnapped her. She was last seen in Chattanooga and possibly being held against her will. He was spotted in New Mexico as recently as February.