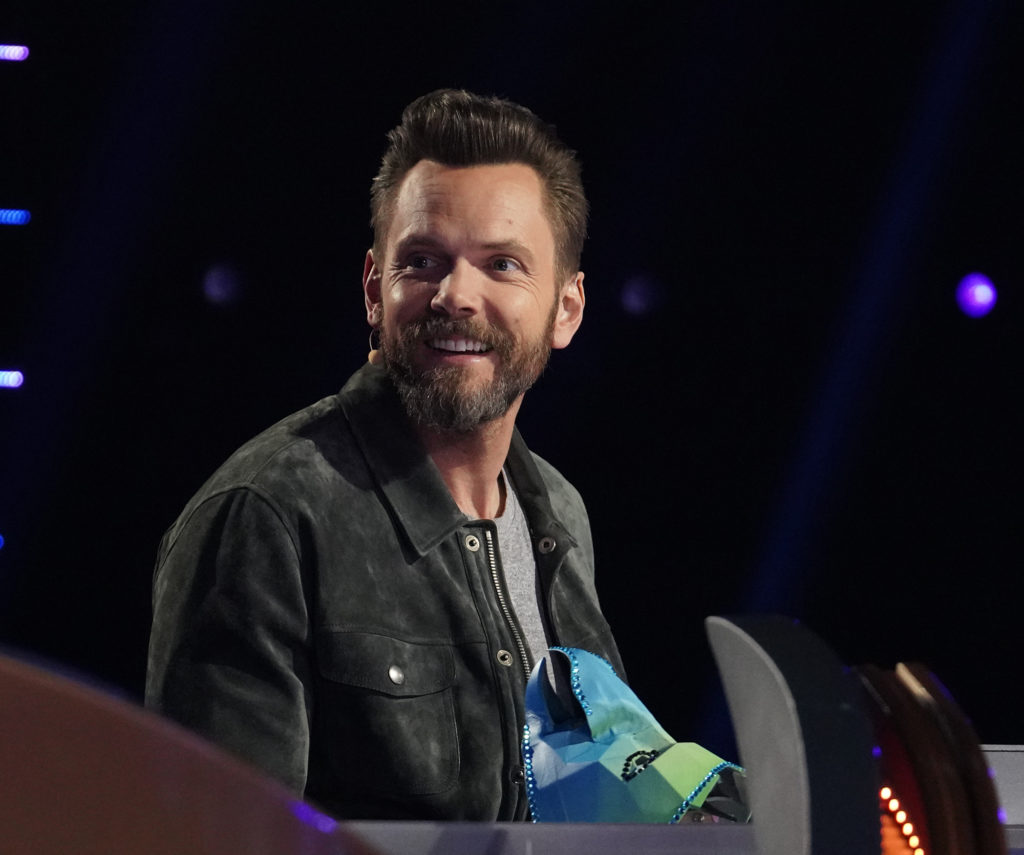 Group A performs with a special wildcard twist, while one singer is sent home at the end of the night.

Tonight’s episode of The Masked Singer on Fox has Group A performing again, with a special Wildcard singer. Niecy Nash is back as a guest host, while Dr. Ken Jeong, Jenny McCarthy, Robin Thicke and Nicole Scherzinger judge. Joel McHale joins them as a guest judge.

M on a letter jacket

They sing Wonder by Shawn Mendes and I have to say that I am left breathless and in tears. Partway through the performance, a third doll comes in, joining the smaller three. They have a very good chance of winning because I have a hard time believing anyone can top this performance.

I am not sure who this could be, but right now, I am going with Hanson because it is a trio and I think one of them had surgery in the past.

The judges love it and wonder if there are going to be more next week. Joel quips they could fight and there will only be two next week.

Guesses include the Jacksons, Boyz II Men, Sugarland and Lady A.

BONUS CLUE: There is a fourth member.

He sings Ring of Fire by Johnny Cash. It is quite an interesting performance and I love the Wild West Theme. I am honestly not sure what is most entertaining, him or the judges dancing. He also wants Jenny, but never dated. My guess is Tony Danza because he started out as a boxer and became an actor.

The judges are speechless and quip that Mickey Rourke might be back. Jenny wonders if it is a one night stand.

The men in black clue is a self portrait with bats.

Been in a funk lately

He sings All of Me by John Legend and has such a powerful, moving presence on stage. The judges are all teary, as am I. I think he just gave the Russian Dolls a run for their money. The helping cops clue sticks out to me, so I wonder if it is Gary Sinise or Steve Buscemi?

The judges, especially Nicole, are compelled and moved.

The men in black present a picture of him with a spider and guitar, which represents him overcoming a fear of spiders.

Returning to the stage after a long time.

Athlete made her feel larger in life.

She sings Confident by Demi Lovato and WOW. That song was MADE for the Seashell. Everyone is cheering and dancing while she sings and seem to love her. I am so lost as to who she could be…possibly J.Lo?

The judges love her confidence and look.

The men in black picture reveal shows a tornado of a mic, a book and a dumbbell…..representing her wearing many hats. The superhero represents how she sees herself.

ORCA WIILDARD! This is a first for The Masked Singer!

He sings We’re Not Gonna Take It by Twisted Sister. It is a great way to end the night with everyone on their feet and singing along. I am with Jenny, this is a game changer. I think it could be a comedian, but not sure who it could be? The pizza makes me think he is from New York of Chicago since they are both places famous for pizza.

The men in black reveals a picture of space, a plane and a big wave, representing him the biggest fish in the sea.

Final guesses include Gary Busey, Sly Stallone, Tony Danza and Danny DeVito. The Raccoon unmasks and he is……DANNY TREJO! Everyone is shocked and surprised that it is him. He says he had a good time and is glad he was able to participate.

More next week, stay tuned! The Masked Singer airs Wednesdays at 8pm, only on Fox.