ICYMI: In Pursuit With John Walsh Recap for A Broken Bond

On this fateful day, a 911 call is made about gunshots, a car and an individual on the ground. When police arrived at the scene, they found a young black male unresponsive on the ground, a victim of a shooting. He was brought to the hospital, where he died due to his injuries.

The victim is identified as Teylyn McAlpin, a seventeen year old high school student from Charlotte, North Carolina. Police surveyed the scene and come to the conclusion that the victim knew his killer.

Two days before, Teylyn’s family celebrated Thanksgiving together. It was Teylyn’s daughter’s first Thanksgiving and his mother described him as a doting dad. He was also a sports star and filled with ambition.

On the day of his death, Teylyn was taking his daughter back to her mother’s house in Asheville, where he and his family lived previously. His mother recalls hearing about the shooting and then about his death. She says a part of her died that day too.

An investigation begins and pretty soon they find a surveillance camera close to the scene of the crime that showed the white SUV in question speeding away after the shooting. A lucky break led to them finding the car, thanks to a cop getting a license plate when he pulled the driver over. The car sped away before he could be sited, but the officer was able to get a license plate number.

The car exchanged hands several times, but before long, it was connected to Diontae Whitson, who was a friend of Teylyn’s. He denied any involvement, but also seemed cold and indifferent about it. He also requested an attorney at the end of his questioning.

See also  America's Got Talent: The Champions, Sara and Hero

Diontae is now a suspect.

Teylyn’s mom did everything in her power to bring attention to the case.

Diontae showed up for the memorial, since he was a close friend that was considered family. Nobody knew he was also considered a suspect in the case.

Further investigation proved that Diontae lied about seeing Teylyn that day when video surveillance showed him at the grandma’s house, looking for Teylyn. More tips made him look more suspicious, including Diontae exiting the SUV in question and getting into a new car. A timeline was put together, giving them enough evidence to arrest Diontae.

The family is in shock over this turn of events. Diontae was also missing.

It is discovered that Diontae was in a gang called Sex, Money, Murder, despite never really being in trouble in the past.

Diontae has been on the run since December 2020. He is five foot seven, 150 pounds and has ties to Asheville, Charlote and Atlanta. He may be living in the homeless population under a false information. US Marshals are offering a reward for his capture. 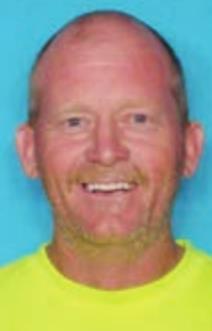 Tracey Dale Lewis is wanted in Burnet County, Texas for several  aggravated sexual assault charges in 2002. He could be in the Gulfport, Mississippi area.

Nineteen year old James Roberts was last seen on April 21, 2016, after telling his roommates he was going to the library at Appalachian State University. He has not been seen or heard from since. James has a tattoo of three mountains on his left forearm and Bob Marley lyrics tattooed on his ribcage. He may be going by his middle name Martin and will be 24 years old today.

On this tragic day, shots rang out in a quiet Harris County neighborhood. Sgt. Ron Hunter responded to the call, which took place in the home of a young family. Six shots were fired and the scene was broken and disturbing.

Louis Lopera was the victim, and it was suspected he was shot by Louis Rojas, who was the ex-boyfriend of Lopera’s wife Maxine and the father of her daughter Sophia.

Witnesses saw Rojas pacing outside the home, making it clear that the attack was premeditated.

Maxine described her husband as a kind, loving man who was a good father figure for her daughter. There was a lot of tension between the two men, especially since Sophia was closer to Lopera. 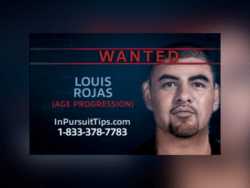 She describes the night of the murder, saying that Rojas was raging and angry. Lopera wanted to call the cops, but Maxine was hoping to calm him down. He kept demanding to see Sophia, despite the fact that they were trying to terminate visitation due to his alleged abuse toward Sophia.

Maxine recalls Rojas pushing himself into the house and blacking out. When she came to, her husband had been shot.

She also recalled how their relationship began, how they became a family and how he was always very abusive. Once they broke up, they tried working out custody agreements, but it only led to more abuse.

After the murder, she saw videos of him on YouTube doing boxing and MMA fighting under the name Big Tony, living his life like nothing happened.

Lopera’s brother Alex recalls getting the call from his dad about his brother’s murder. He was in shock, but it became all too real when he realized Rojas was involved. He did his best to use social media videos to bring awareness to the fact that Rojas was on the run after murdering Lopera, with other loved ones pitching in to help.

In 2012, the US Marshals got involved, getting leads in LA and San Antonio. There was also rumblings that he may still be in El Salvador.

Rojas is a trained boxer and could be training in gyms. He is six foot two, 220 pounds, with brown eyes, dark hair and a scar on his left arm. He could be living under an assumed name. He trained under Big Tony in El Salvador. 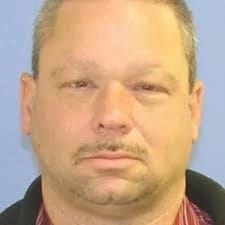 David Earl Burgert is wanted for firing upon Missoula Country sheriff’s deputies in June 2011. He is a skilled survivalist that is considered armed and dangerous.