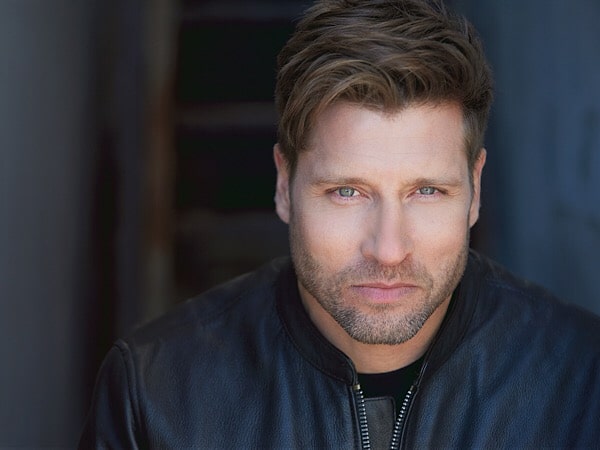 Damon Runyon has been in the entertainment business for many years and always manages to impress his audience. He has done various TV shows and movies, captivating us with each performance. His classic good looks make him both a sweet guy next door or charming ‘bad guy,’ depending on the role.

Now he is in a brand new Lifetime movie, set to premiere this weekend. The Cheerleader Escort revolves around college alumni who get inappropriately involved with current students from their alma mater. This causes a lot of problems that have long lasting consequences.

On The Cheerleader Escort

Damon plays Terry, the president of the alumni association, who gets involved with Cassie, a cheerleader several years his junior. During a recent interview with TVGrapevine, the actor revealed that it was a very interesting, dark role to play. Without giving too much away, he revealed that parts of the film were kind of difficult to do because he is a father himself.

However, when the cameras stopped rolling, the cast would try and lighten the mood to put everyone at ease. He had nothing but good things to say about the cast and crew and how well they worked together.

So what is next for him? Damon revealed that he has more movies in the works, some of which are coming out this year. While the films and his role are currently under wraps, I can promise that fans will continue to fall in love with him and his characters.

However, the best part about Damon is the fact that he is a dedicated family man. He is the father of a young daughter and loves to spend as much time with her as possible. His favorite thing to do is have dance parties with her when he isn’t working.

Fans will remember Damon for his acting. However, his dedication as a parent makes him far more memorable and special. It is a gift that makes him stand out above others in the business and the world.