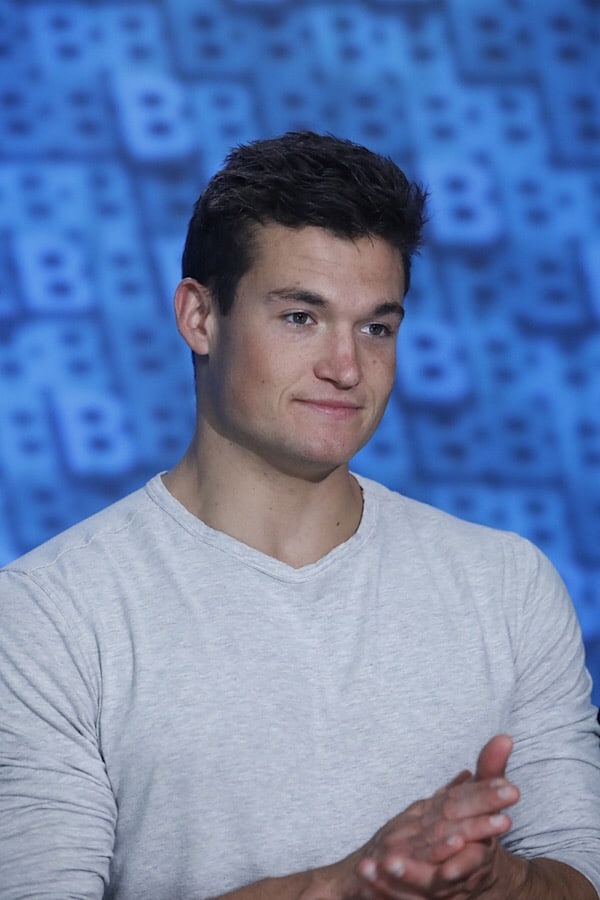 Tonight is the big POV competition on CBS’s Big Brother. Christie, Cliff and Kat are on the block, with Kat being the main target to go home. The POV competition will determine if these nominations will change or stay the same.

Kat is of course the big target, so she is crying all over the place, trying to get sympathy and people to have her back. Michie even offers to play in the veto for her and although she agrees, she really wants Jessica to do it if given the option.

Christie is also crying about being on the block, while Cliff reminds them there are three of them there.

Nick seems to be bonding with Tommy.

Analyse wants to form an alliance with Michie and Holly, who are determined to get rid of Christie.

Veto time! Tommy, Christie, Cliff, Kat, Michie and Nick are playing. The competition consists of them getting clues from a pigeon and then finding the answers. The winner is the last one standing. Michie, Cliff, Christie, Kat and Nick are eliminated, with Tommy winning the Power of Veto.

At the POV meeting, Tommy decides to take Christie off the block. Since she was the third nominee, no one replaces her….so the point of having a third nominee was….what, exactly?

Live eviction tomorrow! Tune in to see if Cliff or Kat get eliminated.