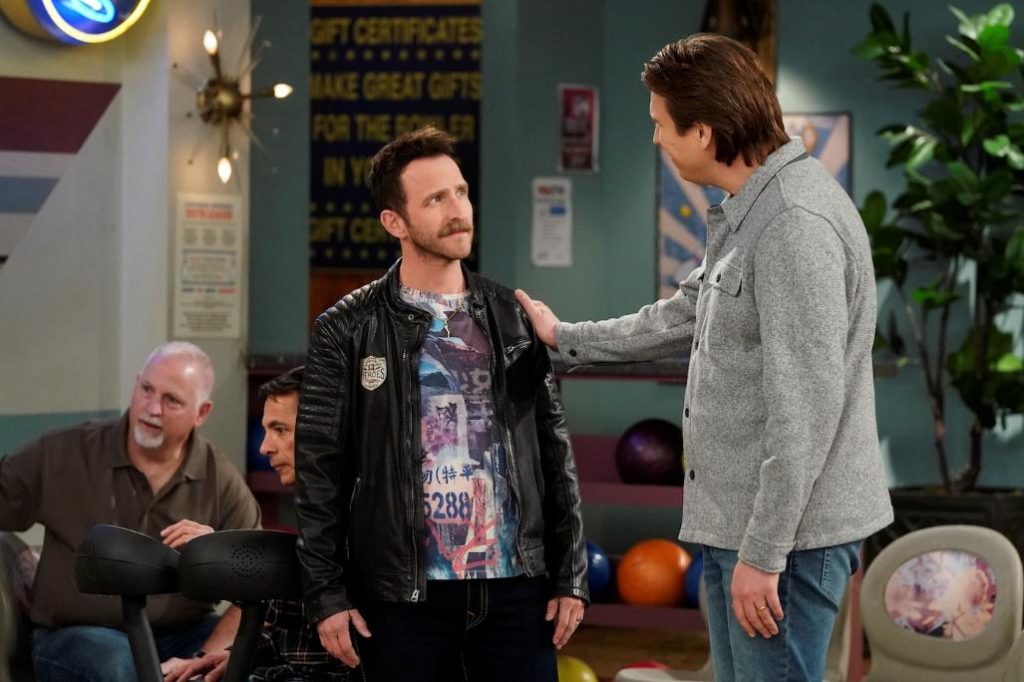 ICYMI: How We Roll Recap for The Houseguest

The episode opens with Tom, Jen, Sam, Helen and Archie eating dinner together when Rick calls. He says his divorce is final and his life is falling apart.

Tom goes to talk to him, but Rick is still a mess. This leads to him going home with Tom.

The next day, Helen and Jen are helping Sam prepare for his recital when Tom comes in with Rick, who asks for aspirin and vodka. He is still blubbering, which confuses Sam and upsets Jen because Tom brought him home without asking. Tom insists everything is fine, even though Rick is still brooding in the kitchen and telling Sam his own son tells his friends he is dead.

At the bowling alley, Archie is shocked that Tom brought Rick. He says it is a bad idea, but again Tom insists everything is fine.

Lew tells Tom that a local hot dog shop named a hot dog after him. Rick says this could lead to him making 10K an appearance, so Lew makes a phone call.

Carl takes pictures of Rick, who leaves because being there is too upsetting.

Archie continues to shame Tom for bringing Rick there when Lew says the hot dog place is making it into an event. Tom is excited, but Archie snarks that they named a tiny wiener after him and he should sue.

Jen is working with a client who is getting married when Rick comes in, complaining that there is no milk and about life. He upsets the women and Tom….who is confused when he gets home and finds Rick at the salon.

At dinner, everyone is upset about Rick’s antics, but Tom wants to focus on his event. However, it is on the same night as the recital, which upsets the family. Rick says that this is how is begins. He continues to convince the family that Tom will have to miss events, but Tom convinces Sam he will make it to the recital.

At the hot dog event, things are taking much longer that he expected. Rick continues to say it is no big deal, but Tom is still worried about making the recital. However, the event continues to drag on. Tom’s car is also being towed, causing him to leave the event after all.

At home, both Jen and Sam are mad at Tom, which makes him realize he needs to kick Rick out. The two men end up fighting and Rick leaves….but not before gaslighting Tom into making him think it was all his fault.

The next day, Tom surprises everyone with a ribbon cutting ceremony to symbolize the fact he will put family first. He apologizes for messing up and they all eat breakfast together.

The episode ends with Rick apologizing to Tom and helping Sam bowl. Archie snarks that he helped Rick get his mojo back and lost his chance in the top ten.