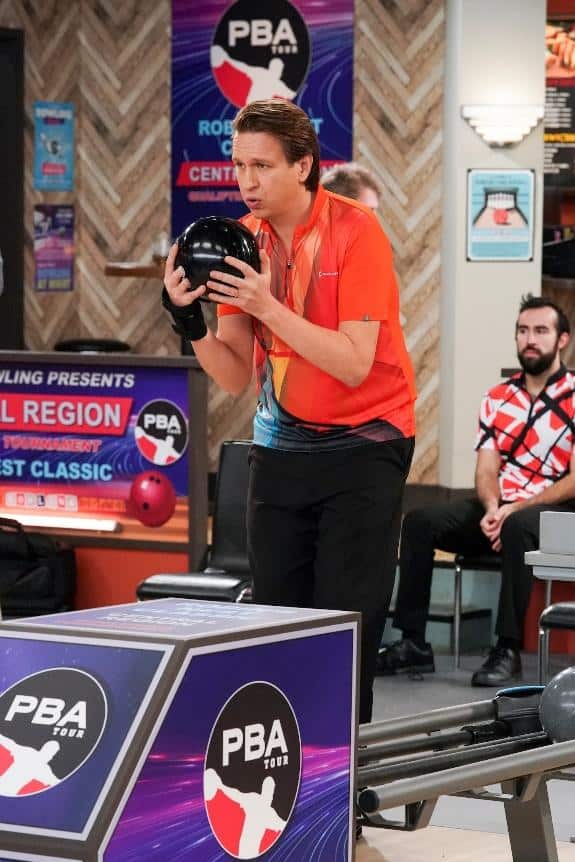 ICYMI: How We Roll Recap for The First Tournament

The episode opens with Jen helping Tom prepare for his first tournament while Sam eats breakfast. He wants to go with Tom, but Jen tells him that he has a math test.

As Jen packs for him and gives him snacks, Helen comes in with a cooler filled with food. Jen says she already gave him snacks, but Helen insists it is not enough.

Helen also says she is staying with Jen while Tom is gone, much to everyone’s chagrin. Tom insists everything will be fine as he leaves.

Archie and Tom arrive at the hotel and run into one of Tom’s bowling idols, Rick. However, he is not interested in talking.

Jen comes home with groceries to make dinner, but discovers Helen took Sam out for ice cream. She also rearranged the kitchen, upsetting Jen. She is also upset about having a bad day at work. Helen lays on a guilt trip and then goes to check on Sam.

Tom and Archie practice when Rick walks in. Tom wishes him luck, which only gets him mocked. Archie compares Rick to The Godfather.

Jen is at work when Ruth demands she pick up conditioner from a warehouse 45 minutes away. She also mocks her appearance, causing Jen’s mood to turn sour and to mess with the conditioner.

Tom continues to practice, with Rick mocking him and trying to psych him out. Later on, Archie tells him to toughen up. Tom isn’t sure he can do it, but Archie tries the tough love approach. He then looks up stuff in order for them to get back at Rick.

Tournament day arrives. Tom is ready to take on Rick but ends up with the sneezes. He also feels bad about being mean to Rick, but that changes when Rick starts in on him again. He brings up Rick’s divorce and then offers to be there for him, confusing everyone.

Helen brings Jen food at work. Ruth comes by and gives Jen a hard time. Helen is upset and wants to get back at Ruth. However, Jen wants her to stay out of it.

Later on, Jen is with a customer when Helen comes by with the conditioner. Ruth yells at Jen again, which leads to Helen fighting back and Jen getting fired. Helen apologizes to Jen and says nobody has the right to talk to her that way. Jen hugs her and cries, with Helen promising to be there for her.

Rick ends up opening up to Tom about his divorce and the two end up bonding. Rick ended up winning, while Tom ended up with a trophy and money of his own. Archie congratulates him and they have a sweet bonding moment.

The episode ends with Jen and Tom celebrating his big win….which is put on pause with Helen telling Tom she goe Jen canned.

Surprise
0 0 %
Social Media
Tags: CBS How We Roll icymi ICYMI: How We Roll Recap for The First Tournament Recap