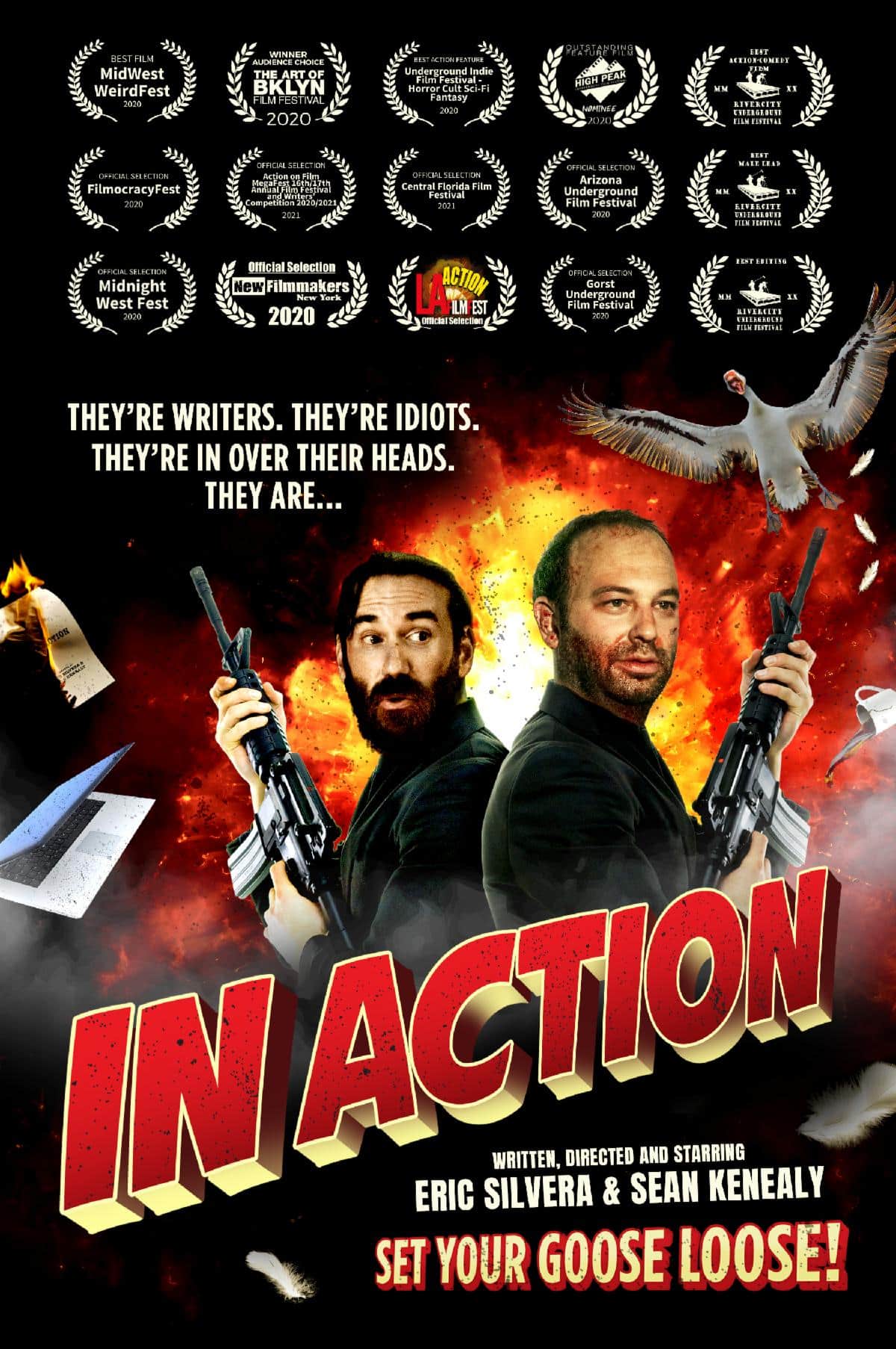 0
Read Time:45 Second
What to Watch: In Action
Need something new to watch? Look no further than In Action, out now. Check out more movie details below.
Action movie tropes soon follow, but there’s a twist. IN ACTION only features two actors, was shot in two locations on a purposefully micro-budget, and uses a mix of live action, animation, hand-drawn sketches, toys (yup…we said toys) for a comedic spin on the action genre. All told through a modern lens while acknowledging its fond nostalgia for the genre’s 80s & 90s-era roots.
IN ACTION was written, directed, and stars Eric Silvera and Sean Kenealy. The film has a running time of 79 minutes and will not be rated by the MPAA. Following the successful festival run, Gravitas Ventures will release IN ACTION on digital platforms including iTunes, Google Play, Fandango Now and all major cable/satellite platforms on May 11.
Facebook
Twitter
Pinterest
LinkedIn

Surprise
0 0 %
Social Media
Tags: in action movies what to watch What to Watch: In Action