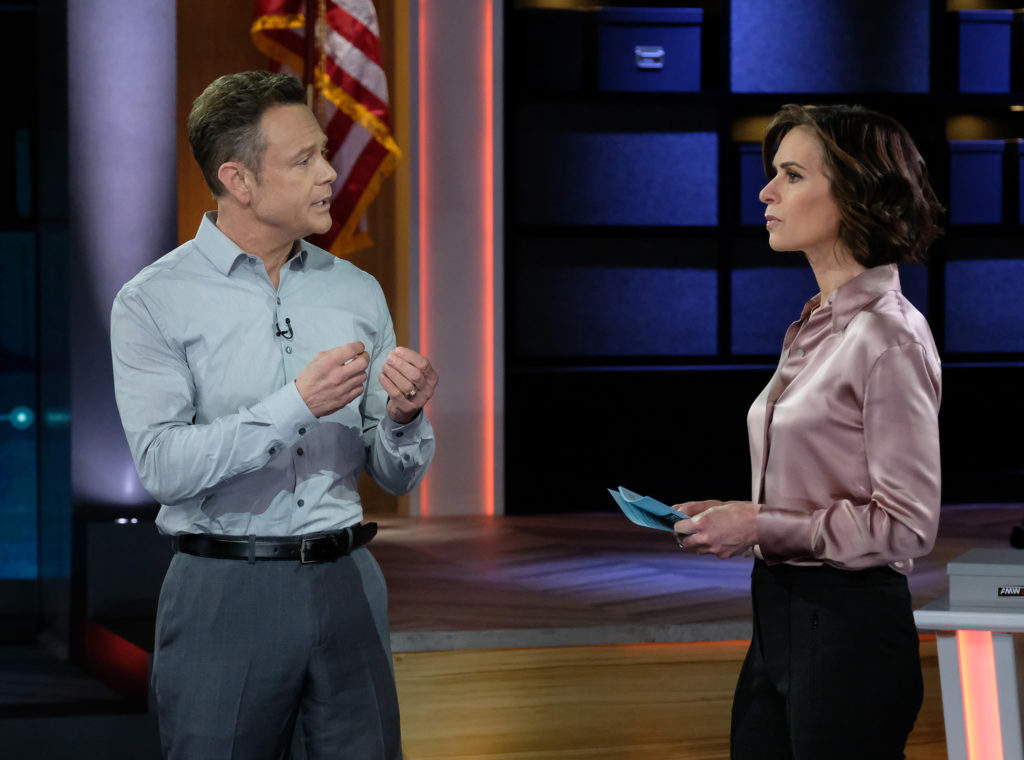 Case 1: The first case opens with a home video of the victim, a man named David Carter. He was killed by a jealous ex-girlfriend (Tamera Williams) who was completely possessive. David’s sister Tasia said she knew something was off with her, but could not prove it because she always put on a front.

His father Eldon says he worked overtime to make sure his son was taken care of and that he was a good father. Tasia echoes those sentiments, saying he was a wonderful father and her best friend.

Amy Lange, a reporter who covered the case, says that Tamera was very territorial and possessive, while Tasia says she cloned his phone to see what he was saying to other women.

On the day he was killed (September 29, 2018), she sent a message to his son DJ, saying that he was sick and should not come over. DJ was skeptical, so he went over to his apartment, where he saw Tamera taking out garbage and the apartment a mess. He asked Tamera what was going on, but she told him that David was taking a walk.

DJ gets another text from Tamera-as-David, saying he was sick and could not talk. Tasia and Elton went to his apartment, only to find the apartment unlocked and what looks like a crime scene.

Elizabeth tells viewers to call if they recall any sightings Michigan on that fall day.

Yodit Tewolde comes on to show a picture of Tamera in a fish market in the Bronx. She also shows the avatar, which shows her large rose tattoo. She changes her hair a lot, making it harder to catch her. Tamera was also a fan of taking selfies, having posted the last one just days before the murder.

David’s body is soon discovered dismembered by grass cutters. Tamera is now a person of interest and is found at a friend’s house. However, there is no true evidence against her, even though they try to take her in for questioning. She fakes a seizure, is taken to the hospital and then she later escapes. When they discover his head, they realize he is killed in cold blood.

Taisa and her husband Derrick give more information to Elizabeth, saying that they are in this together and looking for justice to be served.

Marshall Andrew Battersby says that while it is unusual for women to commit such crimes, there is a chance she could do it again. He thinks she is in NY using the alias Tamera Williams or LaToya Williams. There is also a chance she could be in Atlanta or Chicago.

ALERT: a pregnant woman robbing a sandwich shop in Washington, pretending to be from corporate.

Case 2: Larry Chism is a murderer that was featured on the show in its initial run. He was a studious law student who ran a drug ring with teenagers. This led to him going to jail, where he was a model prisoner. However, he kept contact with the outside world, planning his escape.

One day, the prison planned an outing to a bowling alley, where Larry had a friend meet up for the escape. They, along with other inmates, hold one woman hostage while shooting at other people. Larry was shot in the hand, but still managed to escape.

Carolyn Fielder, the woman who was held hostage, recalls thinking that she was going to die that day. She was finally let go before they left town.

Elizabeth tells the audience that if they recall anything from that day on 1978 to call in.

Police from the area recall looking for the escapees and getting into a car chase, finally catching him in Arkansas. He is put in prison again, only to escape again. He ends up in Ohio, where he continues his crime spree. He was also in New Orleans and Charlotte, North Carolina, where there was evidence of him changing identities. He has not been seen since.

Yodit says Larry is now in his seventies, with a scarred or missing thumb due to being shot in the hand. He could also be wearing contacts or had Lasik surgery. He is a quiet unassuming guy who knows how to fly under the radar.

Paul Holes shows places where Larry has been, which also includes Alabama and Atlanta. It is thought that he may have been in various relationships throughout the years.

ALERT: A gas station robbery in the Bronx who may have been pretending to have a gun. He escaped with about $1000 dollars and was last seen in January of this year.

ALERT: A group of landscapers were robbed at gunpoint last month in New Orleans.

Case 3: Christopher Burns is a well known financial adviser who appeared on TV and radio to discuss the business. However, he was swindling his clients, leading to him going on the run. Several of his clients talk about how their lives were ruined by Christopher.

His wife was blindsided by all this, especially when she found out he robbed his own parents. She says that when she could no longer get in touch with him, she reported him to the police. She wants him to know he should save people the pain and face the music.

Elizabeth says he is very charismatic and anyone could be his next victim.

Paul says he was probably skimming money and hiding assets for years, which is how he could escape undetected. He says Christopher could have planned this for years and that his wife suspects he has a mistress in Vegas. He thinks he could be conning people out there.

He has not been seen since last October and has a triple triangle tattoo on his arm.