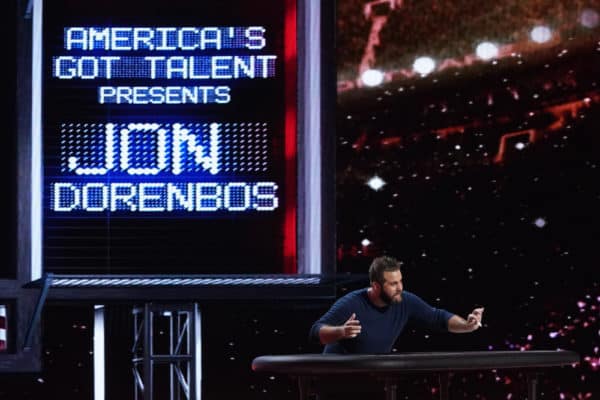 Tonight is the third results show for NBC’s America’s Got Talent. Five acts will move to the semifinals, while six will go home. With the competition so tight, it is truly going to be anyone’s game.

After a recap of last night, we get down to business.

WAFFLE Crew, Malik Dope and Nolan Neal are in the running for the Dunkin’ Save. America has 30 minutes to vote for their favorite. Howie is shocked over this, as am I.

After some behind the scenes fun, we get to the first results of the night.

Alan Silva and Dance Town Family are the first to find out their fates. The act moving on to the semifinals is….ALAN!

Annie Jones, Christina Rae and Sheldon Riley are the next three to find out where they stand. The next act in the semi finals is……Christina! I was hoping Sheldon would be joining her, but hopefully he is a wildcard.

Bonebreakers, Max Major and Usama are the next three called to find out their fates. America has voted, the next act into the semifinals is….MAX!

The judges answer questions from fans, including Sofia’s ‘husband’ Edward from Hawaii.

Jon Dorenbos, who appeared on the show in 2016, does a magic act that has everyone captivated. I have no clue how he pulled off this card act, but it was amazing.

After some Sofia Trivia, we get back to business. Thanks to the Dunkin’ Save, the next act in the semifinals is…..WAFFLE Crew! Apparently, it was a very close act.

The judges now decide if Malik or Nolan will make it through.

Malik is in the semifinals.