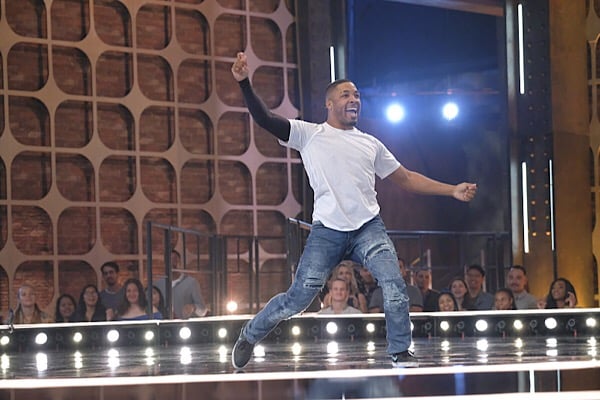 We are in the third week of auditions for Fox’s So You Think You Can Dance. Mary Murphy, Dominic Sandoval, Nigel Lythgoe and Laurieann Gibson are judges, while Cat Deely hosts.

Bailey “Bailrok” Munoz, a B-boy from Las Vegas is up first. He was a premature baby who was constantly teased for his size. He brings some amazing moves to the table, while also making the style his own. The judges love him and send him to the Academy.

Up next is Luke Romanzi. He tried out for Juilliard and got rejected, which I don’t get because his dancing is incredible. I do agree with Mary, he needs a bit of work on his control, but overall, he does very well. The judges unanswered him to the Academy.

Several dancers from past seasons return for another chance to compete and all make it to the Academy. Then we get the Laurie siblings Jordyn and Elan retuning as well. They were eliminated last year during the first Academy round. Their salsa is fun and fiery, and they remind me of Derek and Julianne Hough. They even get their grandpa to dance with them, which is adorable. They get another chance at the Academy.

Maria Babineau is up next and seems like a living embodiment of Amy Farrah Fowler with her intelligence. Her dancing is robotic and fun, very different than what we have seen, but seems like it is more appropriate for a club than those show. It is a mixed bag, but she is sent home.

Sophie Pittman is a contemporary dancer who is putting college on hold to dance. Her dance is not only technically beautiful, but the most moving we have seen in the show so far. I am in tears throughout the whole thing. The judges agree (except for Dom, who says no) and send her to the Academy.

Frank Ghost Crisp Jr. is a former mascot for the Harlem Globetrotters and a self taught street dancer. He somehow adds comedy to the routine and kind of reminds me of my best guy friend. Everything about him makes me smile and want to see more. I am in luck because he is going to the Academy.

Lauren Luteran ends the night with her contemporary routine. She has cystic fibrosis and has such strength, power and musicality in each step. Again, I am in tears because not only is she a great dancer, but she is also such a role model. It is no surprise she is going to the Academy.

Tags: fox Recap so you think you can dance Sytycd