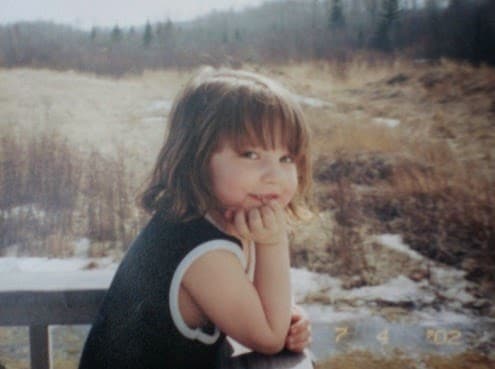 This week’s episode of People Magazine Investigates: Little Girl Lost focuses on the disappearance of a little girl named LeeAnna Warner. She was the daughter of Chris and Kaelin Warner and loved playing in the woods and spending time with her dad.

However, only Karlee arrived home. Kaelin told Karlee to go get Leanna, but nobody was home at her friend’s house. LeeAnna’s shoes were left behind, but no LeeAnna. Her friend’s family had been out all day and never even saw LeeAnna.

A massive search began, with law enforcement being called in after the family spent roughly a half hour looking on their own. They checked other houses in the area, as well as her favorite play areas. One of her friend’s neighbors saw her, as well as another person in the neighborhood, who claimed to have seen her while working on his truck. He said he went to put his dog in the house and when he came back out, she was gone.

The search continued, with bloodhound dogs in tow, hoping to pick up her scent. A child’s footprint was found by the water, making everyone wonder if LeeAnna had drowned.

A POSSIBLE RESCUE MISSION AND A SUSPECT

The search became a rescue mission, with authorities hoping to find her body. However, it ended up being a dead end since Karlee said she and LeeAnna often played in that very area.

The Warners held a press conference in hopes of getting clues, but no new leads were found. It wasn’t until the case became known statewide that the leads came pouring in.

Authorities find a person of interest named Bruce Christenson, who was into drugs, robberies and known for being mentally unstable. He also got into a fight with Chris and threatened to kill Kaelin. He was arrested for the threat and later on questioned for LeeAnna’s disappearance. However, he was cleared as a suspect when he was able to prove he was out of town when she disappeared.

The Warners are also questioned and bring up an interesting fact: LeeAnna had recently come home with new toys she claimed came from a ‘little old lady’ friend and began talking about going to be with her new family. They thought it was her playing, but wondered if it was something more sinister once LeeAnna disappeared.

Police then get a new suspect named Matthew Curtis, who was caught with child pornography on his computer. His mother’s boyfriend discovered it and alerted authorities. He was questioned and told police that he was innocent, but if he did it, they would never find her anyway. He was not a suspect in the case, but in trouble for child pornography. However, he had committed suicide before he would be charged.

The strain of the disappearance led to the Warners having marital problems. Kaelin was even charged with putting Chris in danger by nearly running him over with her car. She admitted to everything hitting her hard and finally ending up in therapy.

The search continued, but no avail. It isn’t until 2005 that they get another lead. Child serial abductor Joseph Duncan, who had been involved in a triple homicide, kidnapping of two siblings and eventually murdering one of them. The girl was discovered with him at a Denny’s, thanks to a hyper-observant, quick thinking waitress. It turned out Joseph mentioned LeeAnna in an old blog post, saying he was afraid of being accused of her abduction.

While he was considered a suspect due to this information, he was cleared when it was discovered he was in a different state at the time of the disappearance.

The search continues, this time with age progressed photos. Then in 2007, former suspect Bruce Christenson, who was in jail for another crime, killed his cellmate, giving him more time in jail. It is at that time that he claims to know where LeeAnna was buried.

Another search begins as Bruce leads them to where he claims LeeAnna was buried. However, it turns out it was all a cruel lie so Bruce can see the light of day one last time.

WHERE THE CASE IS NOW

The Warners ended up leaving the area due to the painful memories.

Eighteen years passed…..and the case remains unsolved. The ultimate hope is that she is alive somewhere and authorities will not rest until the case is solved.

Her family still hopes to find answers as well, saying that they still miss her every day.

Age progression photos were released by the Center for Missing and Exploited Children in hopes that people can recognize LeeAnna, who, if alive, would be in her twenties.