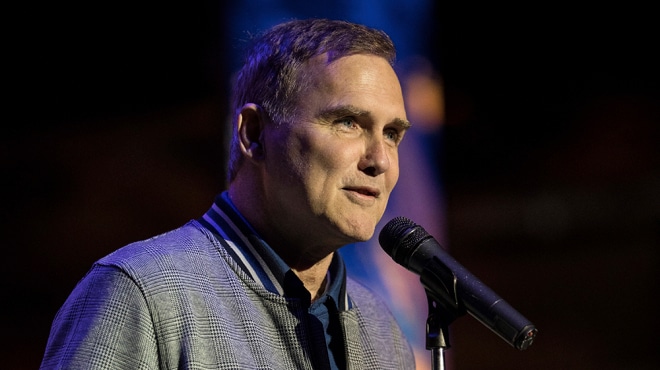 Sad news for the world of comedy today. Comedian Norm Macdonald, known for his stand up comedy shows and SNL appearances, has died. He was 61 years old.

The Norm Show alum is said to have been privately battling cancer. The news was confirmed by Deadline and picked up by various outlets.

“He was most proud of his comedy,” his producing partner and friend Lori Hoekstra, (who was with him at the time of his death), said. “He never wanted the diagnosis to affect the way the audience or any of his loved ones saw him. Norm was a pure comic. He once wrote that ‘a joke should catch someone by surprise, it should never pander.’ He certainly never pandered. Norm will be missed terribly.”

The former Roseanne writer also had a Netflix talk show titled Norm Macdonald Has A Show, which ran for one season.

Norm was supposed to have appeared at the New York Comedy Festival in November, along with several of his peers.

TVGrapevine sends their condolences to his family and loved ones during this time.