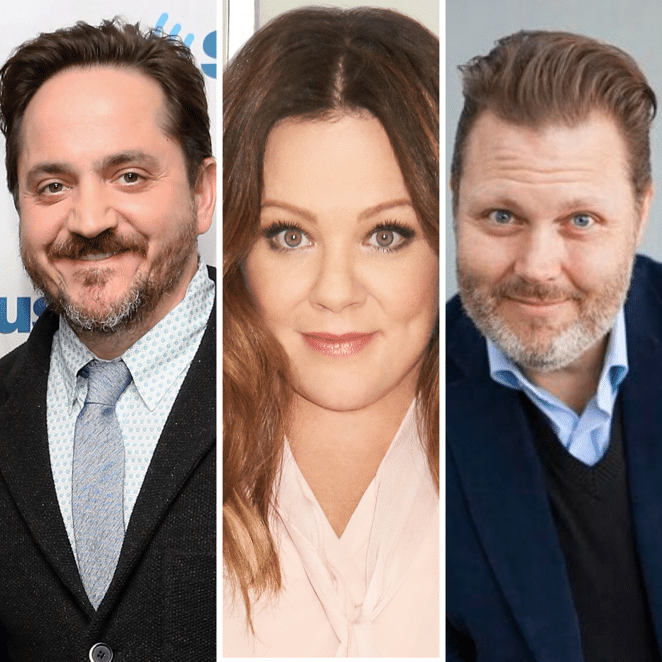 Need something to do tomorrow? Check out this virtual writing class with Ben Falcone, Melissa McCarthy and Steve Mallory!

The class is great for anyone working on a screenplay or want to polish their sketch ideas. Attendees will be able to spend some time with the trio to get some great tips on storytelling, structure and creating memorable characters. The discussion will be followed by a Q&A.

Falcone wrote the feature films Tammy, Life of the Party and Thunderforce and co-wrote The Boss and Looney Tunes Show with Mallory. Mallory is also a writer for the new Quibi series, Flipped, starring Groundling alum Will Forte, and screenwriter for the upcoming film, Superintelligence, which will be directed by Falcone and star McCarthy.

All proceeds from the event will benefit the Groundlings Theatre, the legendary, non-profit institution that has been severely impacted by the COVID-19 pandemic.

WHERE: The class will be conducted via Zoom. Enrollment is now open athttps://www.groundlings.com/school/benandsteve.

COST: The class will cost $50.00 and all proceeds will help support The Groundlings Theatre & School, which is a non-profit organization. The class will be limited to only 250 attendees.