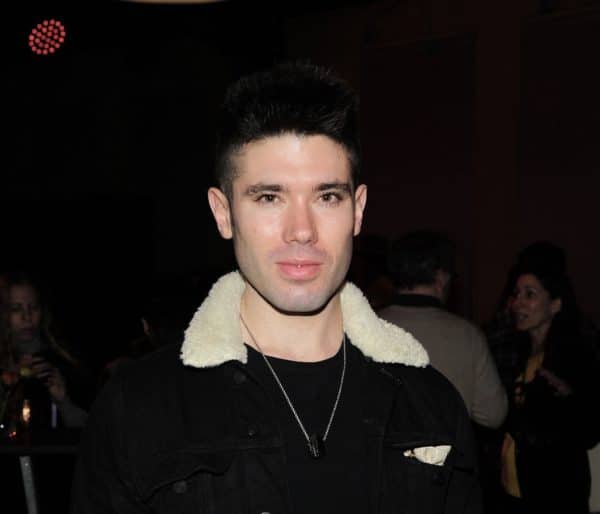 Kristos Andrews is a talented actor with smoldering good looks and a heart of gold. He is coming into his own as an actor, slowly but surely becoming the next Brad Pitt.

Fans have seen him in several movies and television shows and can currently see him on The Bay as Pete. The show has really put Kristos on the map and showcases his talent like no other.

The Emmy award winning actor recently sat with TVGrapevine in an exclusive interview. Below are some of the highlights from our chat.

1. Kristos loves how the show blurs the lines between daytime and primetime. While the show has plenty of daytime actors, there are a lot of primetime storylines, including mystery, romance and a sense of realism, which he thinks the fans appreciate.

He describes it as a wealthy family who has danger lurking in the facade….and you will need to tune in to see how that continues.

2. He describes his character as someone who has grown since he has been on the show, and he has grown right along with him. Kristos thinks he is the first responder who helps family when they get into danger.

He adds that Pete will be going through some things and he will continue to be growing as time goes on. Kristos also relates to the character in many ways, which makes it that much better to play.

3. For him, the biggest challenge was balancing the romantic side of Pete while still facing the tragedy in his life. He also admits some of the scenes can be a bit much, so he has learned how to tap in and out while working. In order to deal with this, he meditates and remains grateful for everything.

4. In addition to the show, Kristos has several super secret projects in the works. He is very excited to see how they come into play. He is also working on on YA, which is a spinoff to The Bay as a director and producer. He had a great time working on it and looks forward to seeing the reaction from the audience, especially since it is geared towards a younger audience.

5. He began acting in his senior year in high school after being a competitive skateboarder. His friend Dave and his mother both encouraged him to try it, which led to him being in a school play. He ended up being bitten by the acting bug and hasn’t looked back since.

Check out The Bay online!