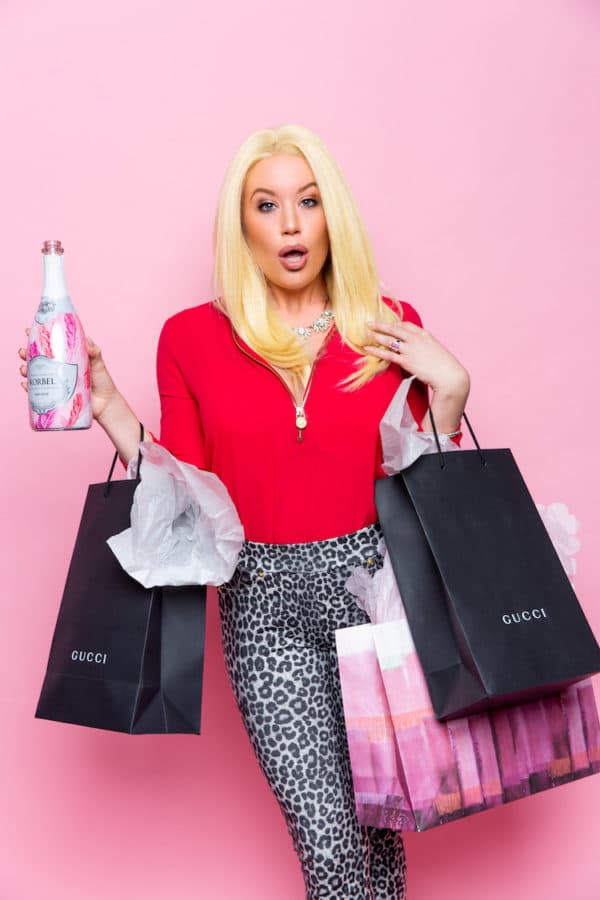 Therapy with Pami released an all new episode today online. Did you miss the previous ones? Check out more information below.

Co-creators Kaitlin Huwe and Stephanie Erb are releasing the first season of Therapy with Pami, a comedy series about Beverly Hills reality star Pami, who seeks sliding-scale therapy from the unflappable Dr. L after her seventh divorce. Together they delve beneath layers of delusion, dysfunction, and lip fillers to help Pami become her “best self.”

The first two episodes of the 16-episode season will be released on January 29, 2020. New episodes will be released every Wednesday through April 15th. Directed by Lyndsi Larose, Pami’s sessions with Dr. L are recorded for “Student Viewing Only” at the Chatsworth Psychiatric Institute. Each session gives viewers a glimpse into the psyche of Pami, a self proclaimed “influencer/socialite/enterpreneur” who has never had a real job, a real relationship or even a real face.

Kaitlin Huwe and Stephanie Erb both write and star in Therapy with Pami, as Pami and Dr. L, respectively. Kaitlin has appeared on Workaholics, The Mindy Project, Animal Kingdom, and LA’s Finest. She will be attending Sundance 2020 for the premiere of The Nowhere Inn starring Carrie Brownstein (Portlandia) and Annie Clark (St. Vincent), which Kaitlin sings, acts, and improvises in. Stephanie has had recurring roles on popular shows such as Ray Donavan, Weeds, True Blood, 24, Freaks & Geeks, and The Young and the Restless. Her film credits include The Ring, Starship Troopers, Peter Weir’s Fearless, and the upcoming The Little Things with Denzel Washington and Rami Malek.

Kaitlin created Pami’s character ten years ago, but it wasn’t until a playful improv between Kaitlin and Stephanie backstage during a play at their theatre company did Dr. L’s character enter the scene. Their chemistry ignited delight and drew fans on social media which led to the production of sixteen episodes of Therapy with Pami. Filmed at Stephanie’s house on a shoe-string budget, each episode’s topic was loosely planned the completely improvised once the cameras started rolling.

Kaitlin Huwe is a California-born actress, singer, writer, producer, and educator. She developed “Pami” while training at The Groundlings, she is a proud member of The Road Theatre Company, and has appeared on Workaholics, The Mindy Project, Animal Kingdom, and LA’s Finest. Kaitlin most recently sings, acts, and improvises in The Nowhere Inn premiering at Sundance 2020 alongside Carrie Brownstein (Portlandia) and Annie Clark (St. Vincent). To stay sane, Kaitlin writes and releases music under her own name, leads a folk/swing/rock trio called The Wholesome, and sings in an all female electro-pop choir with rising indie Artist/Producer Frogi.

Stephanie Erb has made over 100 appearances in film and television, as well as performed in award-winning theatre. She has had recurring roles on Ray Donovan, Weeds, True Blood, 24, Freaks & Geeks and The Young & The Restless to name a few. Her film credits include The Ring, Starship Troopers, Peter Weir’s Fearless, and the upcoming The Little Things with Denzel Washington and Rami Malek. Therapy with Pami is part of Stephanie’s personal campaign to create interesting and funny roles for women through producing original content with fabulous female collaborators.