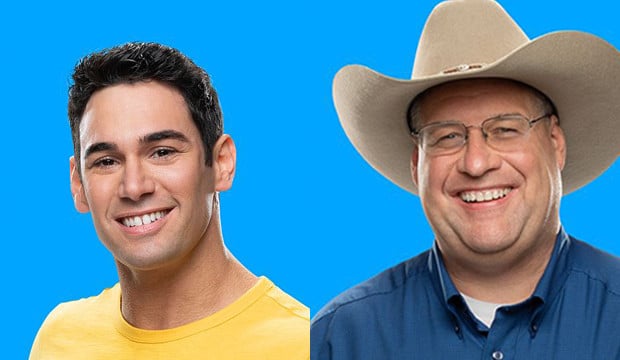 It’s POV night on CBS’s Big Brother. Last time, we saw Cliff and Tommy get put on the block during the nomination ceremony. Tonight, they, along with the rest of the house will fight for POV, which will lead to one of them possibly getting taken off and replaced by Nicole or Holly.

Tommy is the target, so he decides it’s a good idea to come clean about the fact that he knows Christie from before the show. However, this revelation comes to bite him in the rear, although Holly does apologize for bashing Christie. Michie now wants Tommy gone more than ever because if he makes it to the final round, he will be guaranteed a jury vote from Christie.

POV competition. They have to go on a zip line and pick out comic books, matching them to pictures on a wall. The one who does this fastest wins. Although everyone is struggling, Nicole wins POV. Tommy is upset because he came in second.

Cliff congratulates Nicole on her win. She promises to take him off the block. Michie realizes that Nicole can now backdoor Holly. They still think Tommy is a bigger threat and tell Michie he is the target. However, they warn him Holly could still get evicted.

Nicole tells Tommy she will save him despite taking Cliff off the block. He is thrilled with this. She also tries to convince Cliff it is better to get rid of Holly so they break up the power couple. Cliff is on the fence, but seems to be coming around.

POV nomination ceremony. Cliff is off the block, Holly is up and tomorrow we find out who gets evicted. Stay tuned.