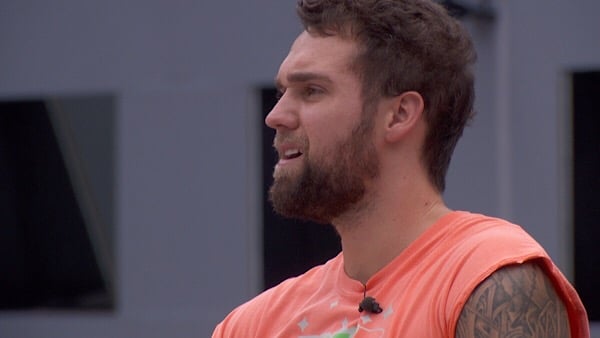 Tonight is another live eviction on CBS’s Big Brother. Either Nick or Christie will go home and with the way things have been, we can expect the unexpected.

Before we get to all that though, we have the aftermath of the POV meeting. The power was not used, so Nick and Christie stayed on the block.

Holly is determined to get rid of Nick. Of course, Nick wants to get rid of Christie, but Tommy and Jessica want to save her. Jessica thinks that if Christie stays, it increases her chances of staying in the game.

Nicole wants to save Nick, but worries about the outcome. She also wonders what is going on with Christie and Tommy, especially since it appeared that Tommy and Nick were allies.

Nick tries to plead with Holly and Michie to save him, promising to protect them and reminding them that Christie and Jessica will need new targets if he is gone. He also points out that Christie is not at all loyal to anyone.

We get a peek into the jury house, where Kat and Jackson are talking about where they went wrong and predicting who will be in the house next. They are shocked that it is Analyse and think that Nick is soon to follow. They also think Christie, Cliff and Tommy are playing the best games.

Eviction time! After Christie and Nick plead their cases, it is time to vote. Everyone unanimously votes Nick out of the house. He talks with Julie and says his goodbyes before heading to the jury house.

HOH competition. It is a wall sit endurance competition, airing live on the feeds. Stay tuned for the winner on Sunday!