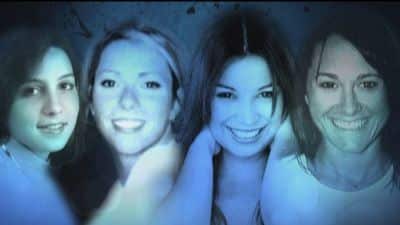 48 HOURS, America’s #1 Saturday night true-crime series, kicks off its new season with a special two-hour investigation of Michael Gargiulo, the serial killer known as “The Hollywood Ripper” to be broadcast Saturday, Sept. 14 (9:00-11:00 PM, ET/PT) on the CBS Television Network.

Prosecutors say Gargiulo attacked four young women. One of the victims was killed on the same night she was planning to go on a date with actor Ashton Kutcher. Kutcher was a key witness at trial.

For more than 10 years, 48 HOURS correspondent Maureen Maher has been tracking the Hollywood Ripper.

Maher’s coverage began in 2008, 1,800 miles away from Hollywood, with the unsolved murder of Tricia Pacaccio. Pacaccio was brutally stabbed and left to die on the doorstep of her family’s Glenview, Ill., home in 1993. At the time Gargiulo was a 17-year-old high school student living around the corner. Police did not suspect him, but Tricia’s family later did.

Gargiulo headed to Los Angeles with dreams of becoming an actor, and where he went, say prosecutors, attacks followed. In 2001, 22-year-old fashion student Ashley Ellerin was stabbed 47 times. In 2005 Maria Bruno, a mother of four, was also slaughtered, and in 2008 Michelle Murphy was attacked, but she survived. Gargiulo lived near all of his victims.

Maher’s report on the case aired in 2011. Soon after the 48 HOURS broadcast, two key witnesses came forward and Gargiulo was charged with the murder of Pacaccio almost 18 years after her death.

In the two-hour season premiere, Maher and 48 HOURS go inside the investigation that connected police in two states and brought Gargiulo to trial in California. The broadcast takes a deep dive into who Gargiulo is and how he got away with killing for so long. Maher has first interviews with his former friends who knew him well and provide rare insight into what makes him tick. The broadcast features Gargiulo’s acting audition tape and a rare conversation with Gargiulo from jail, where he talks about the charges against him. Maher also has an interview with Pacaccio’s family.

48 HOURS, which launched in 1988, finished the 2018-2019 season as Saturday’s #1 non-sports broadcast for the 13th consecutive season. The broadcast is one of the most successful true-crime shows in television history. The enduring appeal of the program is based on original reporting. 48 HOURS has helped exonerate the wrongly convicted and solve cold cases, and is committed to investigating the most compelling murder cases.

“When you see our new open, like our show, you can’t look away,” says Tygard.

48 HOURS: “The Hollywood Ripper” is produced by Chuck Stevenson, Ruth Chenetz, and Lauren Clark. Doug Longhini, Gayane Keshishyan Mendez and Greg Fisher are the development producers. Dena Goldstein is the field producer. Patti Aronofsky is the senior producer. Nancy Kramer is the executive story editor. Judy Tygard is the executive producer of 48 HOURS.