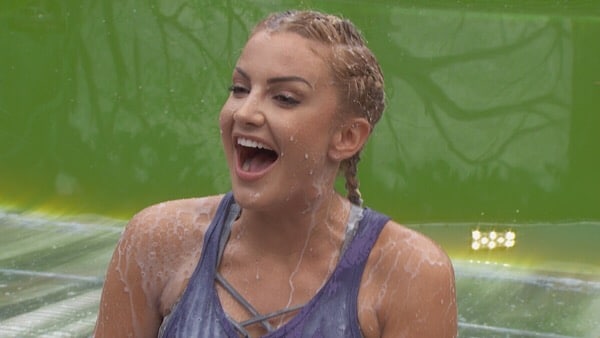 Tonight’s live eviction on CBS’s Big Brother will allow the evictee to be the second person in the jury. It is between Cliff and Kat, and while it seemed like Kat was the main target at first, some people are beginning to see Cliff as the bigger threat.

The house is split with Jessica, Holly and Michie going after Cliff, while everyone else wants Kat gone. Kat knows she needs another person to save her, so she tries to campaign for herself. She and Cliff promise to not throw each other under the bus while saving themselves.

Cliff is now part of the alliance with Analyse, Nick, Christie, Tommy and Nicole. Nicole is the swing vote this week, so she is beginning to feel the pressure.

Holly and Michie worry that they are too quiet this week, yet don’t seem to want to make waves.

Kat and Cliff both approach Nicole and beg her for safety. She feels the pressure and blabs everything too Jessica, who is upset that she is left out of everything. They now have a big decision to make….should they go with Michie and Holly and save Kat?

Now the whole alliance is out of the bag, causing Kat to become upset and confront Cliff. He tries to talk to her, but she isn’t having any of it.

Everything got back to Michie and Holly, who now want to save Kat more than ever.

Eviction time! Cliff and Kat plead their cases and then it is time to vote. In a 6-1 vote, Kat is gone. Despite the plan, Jessica is the only one to try to save Kat.

After Kat says goodbye, it is time for the new HOH competition. It is the slip and slide comp we have seen time and time again, but we have to wait until next week to see who wins. Stay tuned.