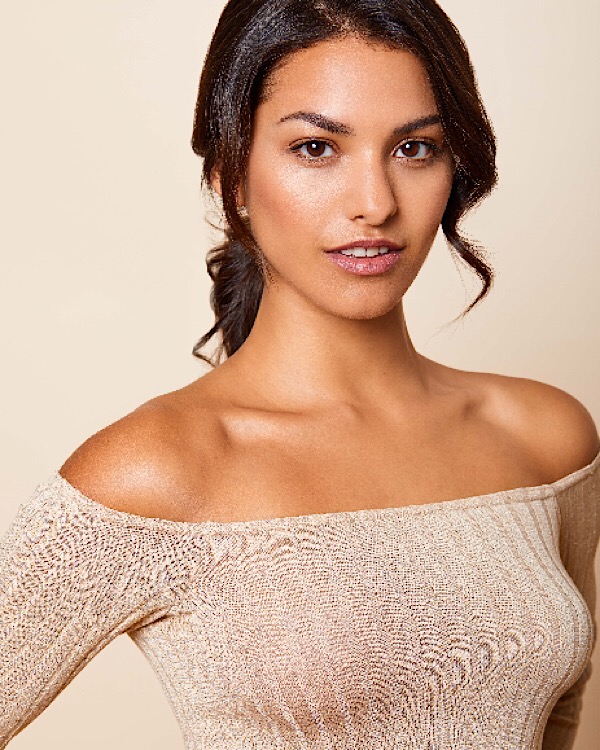 0
Read Time:3 Minute, 58 Second
Tell me about yourself and career.
I was born and raised in Venezuela, a city called Punto Fijo, which means “fixed point” in Spanish; Ironically my life has been far from fixed. I moved to Aruba to study in an International school when I was in grade 6. There I learnt to speak english, found my passion for performing and scuba diving. We used to put on small school plays and talent shows where my friends and I would sing all our favourite songs and perform choreography from ‘High School Musical’. I got into scuba diving and got my certifications, so my time was spent between school and the ocean, oh how I miss that. In 2007 my family and I made our way to Canada, where I continued studying at Westwood Community High School in Fort McMurray, Alberta. I had never experienced cold weather or seen snow for that matter, it was a complete culture shock but also the fresh start my family and I were seeking. I started doing a lot more theatre while in Alberta, I remember booking my first lead role in a musical, I played Hope in “Urinetown” and ever since that role, I knew I was meant to continue in the arts. My passion for performing grew stronger and I was advised to audition for the National Theatre School in Montreal – A program I knew nothing about or its prestigious status in Canada. Boom. got in. There my three year acting adventure began and everything changed. From 2012 to 2015 I spent countless hours exploring the craft that has now become my entity, I absolutely loved every second of it and I became convinced this would be my life and career forever. Once I graduated I moved to Toronto, and well, the rest is history. Here I am following my dreams every day, the little girl from Venezuela, who had no clue this life was possible. I am grateful every single day for my family moving, for not staying fixed, because now I get to experience the thrill of being an artist.
What project are you currently working on now?
I have spent the last 3 months working on a new series! I can‘t quite talk about it yet because it has not been announced publicly, however, it is my first series regular role, and one I cannot wait to share.
How did you get the part?
I auditioned like any other role – I actually had to do an initial self-tape, then I got a callback where I had to audition for a different role, and then again, a different role from the first two. Ultimately I ended up booking that third character, and when the show premiers, I think everyone will agree it was the perfect part for me.
What are some highlights from making them?
What would you say was the biggest challenge in your career thus far?
Believing everything happens for a reason. Being young and naive in the craft can have its set backs, maybe trusting the wrong people or not making the wiser choice. I have been a professional actor for only 4 years, and i have learnt a lot during that time, some lessons through hardships. but on the other side, is a now more knowledgeable Humberly, one that trusts herself and wont let anything stop her from raising the bar through it all.
What is next for you?
I will be in the new Lifetime Movie “Trapped: the Alex Cooper Story” a true story about a young mormon girl who comes out as gay and her parents force her into conversion therapy, it is based on the book “Saving Alex” written by Alex Cooper and Joanna Brooks; the film will be coming out in 2019. I I will also be appearing in a new (secret) Netflix series that I start shooting in a few weeks!
Tell me a fun fact about yourself
FUN FACT! I am a huge Slackliner – If I am not on set shooting, you can find me in a park, walking on the slackline, being a complete monkey. I really enjoy being active and I take my line everywhere, especially if I go on a beachy getaway, nothing like setting up between two palm trees 🙂 if you don’t know what a Slackline is, think of it like tightrope walking, but its flat, and a bit like a trampoline for your feet. so. fun.
What are you watching on Tv these days?
I am absolutely obsessed with the HBO shows ‘Euphoria” and “Big Little Lies” both are the kind of shows I would LOVE to act in, dramatic, dark and incredibly complex. Go watch them now if you haven’t, you will not regret it.
Facebook
Twitter
Pinterest
LinkedIn