Waller County, Texas is in the Houston area and known for having several horse farms.

On May 24th, 2004, 58-year-old Nancy Merck was found dead in a horse farm. At the time, the horse was agitated, so it was assumed that the horse was the one who killed Nancy in a tragic accident.

Her husband Wayne remembers getting the call about her death and thinking the whole thing made no sense. His suspicions were confirmed when the funeral home said that the injuries were not consistent of a horse accident. Stab marks in the neck were found and confirmed that this was a homicide.

The case remained cold until 2014, when Warren Diepraam began investigating the 2005 murder of Deborah Kay. Her death was also at a horse farm and eerily similar to Nancy’s. However, Deborah’s case was immediately considered a homicide.

People were questioned at the scene of Deborah’s death and become suspicious of Jose Fernando Bustos-Diaz. He had blood on his hands, knives on his person, bags packed and $800 in cash. He was working as a migrant worker at the time and had gotten into a fight with Deborah over having the day off. He admitted to stabbing her and was arrested for her murder.

Jose plead guilty of felony murder 18 months after Deborah was killed and sentenced to 35 years in prison.

Authorities now wonder if the cases are connected and get confirmation when they realized that Jose worked at the same place as Nancy. They want to question him, only to discover that he is on the run.

On April 6th, 2010, word gets out about the escape, which was done with another inmate named Octavio Lopez. The two met at an inmate work program and it was inferred that they hatched this plan together. It is believed they had someone pick them up and take them to the proder.

The US Marshals immediately get involved and find out they both have ties to Mexico and that Octavio worked with a cartel there.

Before long, Octavio was captured and brought back to prison in August 2010. He confessed that Jose was in Mexico and that he has extensive family ties there.

Jose is on the US Marshal’s 15 Most Wanted List.

Michael Hull is wanted for the May 2021 murder of his girlfriend in Houston, Texas. He is five foot five, 180 pounds and possibly in Mexico. 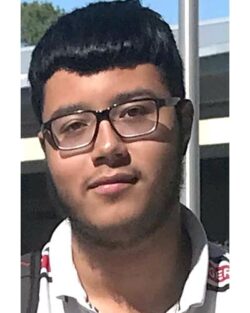 Twenty-year-old Joseph Rosa was last seen on June 6th, 2020. He was traveling from Orlando, Florida to Hidalgo, Texas to Reynosa, Mexico. It is believed that he is with his father, 56-year-old Thomas Rosa.

Both have tattoos on their arms.

On July 31st, 2021 at 5:34pm in St Petersburg, Florida, a 911 call is made, stating that there was a shooting at a cemetery. The woman who was shot was holding a newborn baby. Another small child was also in the car. The kids survived, but the mother was dead.

The victim was Joana Peca, a woman in her mid-twenties. At the scene, police found her phone and shell casings. Further investigation showed that the killer was possibly Benjamin Williams, aka Bambi. The two of them had a relationship and shared the infant.

Joana’s mom Eleni remembers her daughter as an outgoing girl. She also shares how she lost her husband in a similar fashion when they were living in Albania. This led to her and Joana moving to the USA for a better life.

The two of them planned on working together in a cosmetology business together.

Joana met Benjamin when his sister, who happened to be Joana’s best friend, died from cancer. The two of them grew close and soon developed a relationship.

Things changed when Joana became pregnant and he didn’t want the baby. He soon changed his mind and they planned on raising the baby, as well as Joana’s other child, together. However, things began to go south and they soon began getting into fights, with him eventually moving out and her changing her number and cutting contact.

Benjamin tracked her down and soon convinced her to meet up at the cemetery where his sister/her friend was buried. This was the day of the murder. 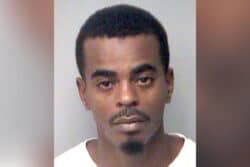 Eleni remembers learning of the murder and how the man she knew as Bambi was the prime suspect. She also learned this was not the first time he killed someone. She also shares how her grandson tried to help his mommy and that she is now raising her grandchildren.

A friend of Joana’s, who chose to remain anonymous, shares that Benjamin was allegedly a hit man. She thought he was a nice guy at first, but soon learned from Joana that he was abusive. She also remembers texting Joana on that day and how she expected to hear from her after the meeting. However, she never heard back and soon learned that Joana had been murdered.

It is also discovered that Benjamin carjacked a car, left it in St. Petersburg by his family, picked up another car and headed to Tipton, Georgia and Jasper, Florida. A receipt connected him to a store in Tipton, where it was believed he purchases new clothes, including a shirt about being a good dad.

He wears his hair short and has a mustache and goatee. Two of his top teeth are missing and he has a scar on his nose, as well as various tattoos.

He also uses disguises, including dressing as a woman. It is believed he could be in the southeastern part of the USA, possibly in St. Petersburg, Florida or Atlanta, Georgia.

Alex Bennett is wanted in Baltimore for the rape of a child in 2020. He is 26-years-old and it is believed that he may be in the eastern or northeastern part of the area. 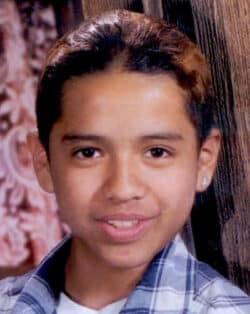 Jesse Florez was last seen leaving his home in Phoenix, Arizona on September 14th, 2001. He had been heading to a party and has not been seen or heard from since.

He has a mole on the corner of his right eye, a possible piercing in his left ear and  would be 35 years old today.

Surprise
%
About Sammi Turano 4560 Articles
Sammi has been a journalist for over a decade, specializing in entertainment, lifestyle, sports and celebrity news. She is the owner of TVGrapevine and Football in High Heels and the Host of Grapevine in High Heels With Sammi.