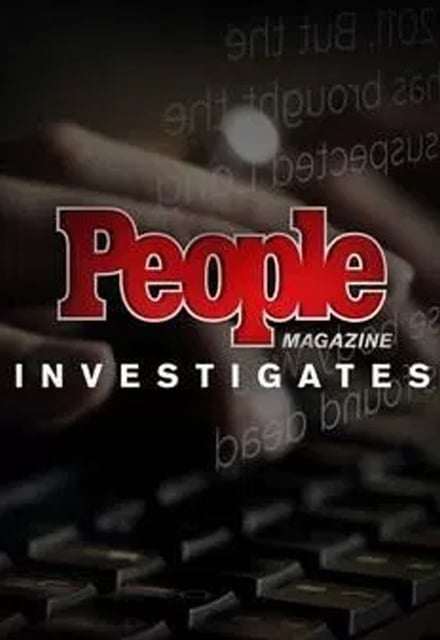 From 1979-1982, five people went missing in a small town called Lewiston in Idaho.

In 1982, 21-year-old Kristina Nelson was attending college in Lewiston for college. She was ambitious, talented and well-liked. Her aim in life was to open an art gallery. She worked at a theatre with her stepsister Brandy Miller, with whom she had a strong bond. Brandy was also ambitious and considered to be a firecracker.

On September 12, 1982, the girls went to the store before Kristina’s boyfriend came over to hang out. The girls left him a note, but he ended up not coming over because he fell asleep. When he came over the next morning, he discovered Kristina wasn’t there and failed to show up for work and school. He reported it to the police, when it was discovered that Brandy was also missing.

A search for the girls began, starting at their apartment. Nothing was missing and their cat was left behind. At first, it was thought that the two of them might have gotten involved in a cult, but the family didn’t think that was the case.

A few days later, a man named Steven Pearsall was also reported missing. A search of his apartment showed no sign that he planned on going away, making people wonder if there is a connection between the missing persons cases. It is then discovered that they all worked as janitors at the same theatre. This led to rumors that Steven could have been responsible for the girls disappearing.

The night of the disappearance, it is said that Steven was at the theatre at midnight. He and his girlfriend had gone to a party, but he decided to go back to do laundry and practice his clarinet. A search found his clarinet, which his loved ones said he would never leave behind. However, there were still rumors that he could have been responsible for the girls disappearing.

His loved ones, as well as Kristina and Brandy’s mom say there was no way he was responsible due to his size and nature.

A Possible Suspect and Another Two Disappearances:

It is later discovered that another man named Lance worked at the theatre. Lance was described as meek, odd and quirky, as well as large in stature. A quick search showed that he was connected to the disappearance of a girl named Christina White in 1979. She had disappeared after visiting a friend and going to the stables. When she failed to return after dark, her parents searched for her and reported her missing. She had previously been at a fair in town, which initially led to investigators thinking that a ‘carnie’ took her, but in 1982, when Kristina, Brandy and Steven disappeared, it was discovered that Lance was the boyfriend of the friend Christina was visiting the day she went missing.

This makes Lance a suspect in the trio disappearing. He is then also suspected in the disappearance of Kristin David, who was an aspiring journalist starting a new job. On July 4th, 1981, her body was discovered in a river. Her sister recalls finding out the news and being in complete shock and devastation. There were no leads….but it was discovered she also worked at the theatre and might have known Lance.

Eighteen months after the trio disappeared, a man discovered a human skull while trying to get his hat that had blown away. Further investigation discovered more remains….and the remains of another body. They were identified as Kristina and Brandy. Steven’s remains were not found.

Lance is brought in for more questioning and refuses a polygraph, just like he did in the disappearance of Christina. He did admit he was arrested for breaking into a funeral home, where is was discovered a woman died under mysterious circumstances. The girl was Antoniette Anino, who disappeared on June 5, 1972. She had been on a double date with her boyfriend, brother and his girlfriend. She had gotten into an argument with her boyfriend and left the group, only to be discovered dead and nude the next day. During this time, Lance was arrested for the break-in. He had a knife and camera on him, which was odd, as was the fact that he claimed he was looking for his girlfriend. Investigators found it odd and arrested him for burglary.

All these connections make him a person of interest. It is discovered he had multiple residences that could be connected to the victims. However, there is no reason to get a warrant….until he sells his properties. Investigators search the properties, but find nothing.

The cases of the missing persons and murders remain unsolved to this day. The case has been turned over to the FBI in hopes of solving it.

Steven and Christina were never found.