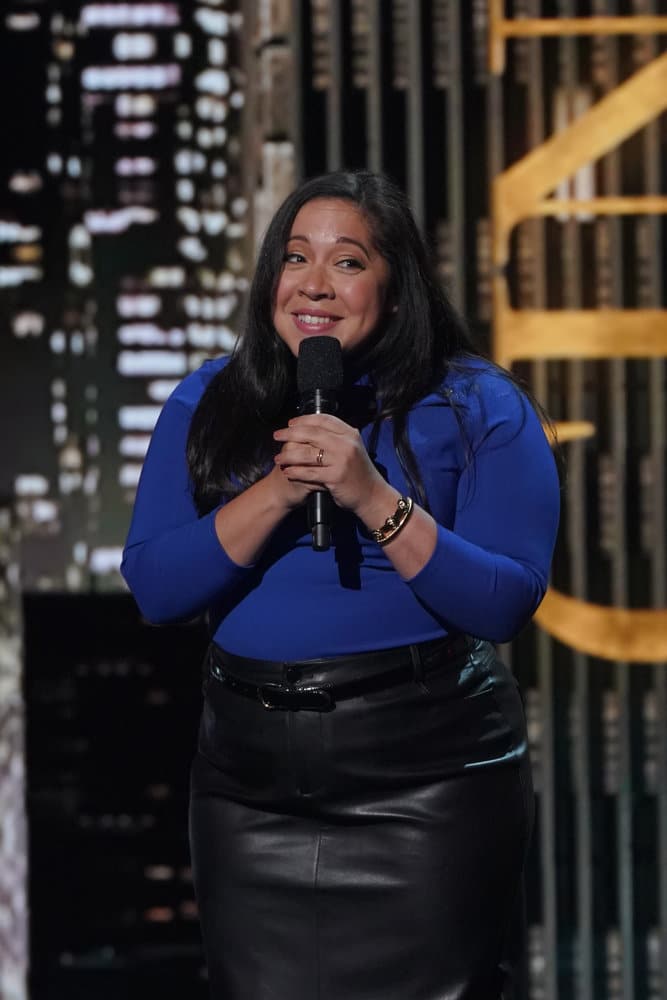 Tonight is the first live results show for NBC’s America’s Got Talent. We had twelve amazing acts perform last night, but only seven will move on to the next round.

The sixth, seventh and eighth ranked acts vie for the last two spots, one by America’s vote and the other by the judge’s save.

Before we get to that, Nightbirde stops by to give a health update. She was Simon’s Golden Buzzer act and had to drop out due to her cancer worsening. The judges tearfully send her well wishes and words of wisdom, while she remains her sweet, positive self.

Back to the acts. Kabir Singh, Beyond Belief Dance Company and Madilyn Bailey are in danger. They now have to rely on the judges and America to make it to the next round.

1aChord and Gangstagrass are called to the stage first. The act moving on to the next round is….1aChord!

Last year’s winner Brandon Leakes performs a new spoken word act. He has a lot of exciting things happening, including a movie, Vegas act and a new baby! Congratulations to him!

Canine Stars, Sethward and Gina Brillon are called to the stage next! Gina is moving on, everyone else is eliminated.

Peter Rosalita and Jimmie Herrod are BOTH moving to the next round!

Dustin Tavella joins the acts moving on, while Matt Johnson is eliminated.

2017 winner Darci Lynne performs next and announces she is also going on tour. Congratulations to her as well!

Now for the final three acts waiting for their fates. America voted to save Kabir, which means the judges need to choose between Beyond Belief and Madilyn.

The ladies vote to keep Beyond Belief, while the guys opt to keep Madilyn. Since it is a tie, the votes from last night determine the winner…..so it is Madilyn moving to the next round.