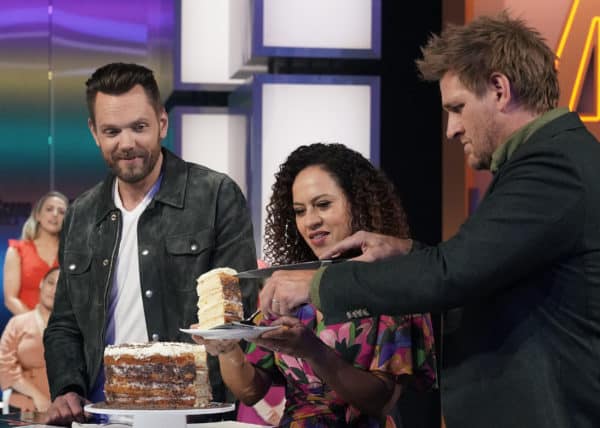 This week’s Crime Scene Kitchen on Fox has the remaining teams discover another dessert based on the clues left in the kitchen. Joel McHale hosts, while Yolanda Gampp and Curtis Stone judge.

Each team finds different clues, including chocolate, Marsala wine, cheese cloth, ricotta and piping bags. Several teams guess cannoli, and make their own versions of the dessert. However, one of the teams guesses donuts.

After the teams are done making the desserts, it is time for a taste off. It ends up being a cannoli taste off, except for the team that made the donuts.

The dessert was indeed donuts, with Lorie and Jason winning the challenge. Yolanda tells Anthony and Natasha, the team that made the donuts to pay more attention in the next round.

The second and final round consists of them finding clues to make a natural themed dessert. The teams find clues such as a whisk with cream, chocolate, coconut and condensed milk.

Some of the desserts include red velvet cake, yellow buttercream cake, black forest cake and hummingbird cake. It seems to be all over the place in terms of guessing, but everyone works hard to get their cakes to taste as delicious as possible.

The correct dessert is black forest cake, which was made by Hope and Shaina and Emma and Leslie.

The judges declare Emma and Leslie as the winner.