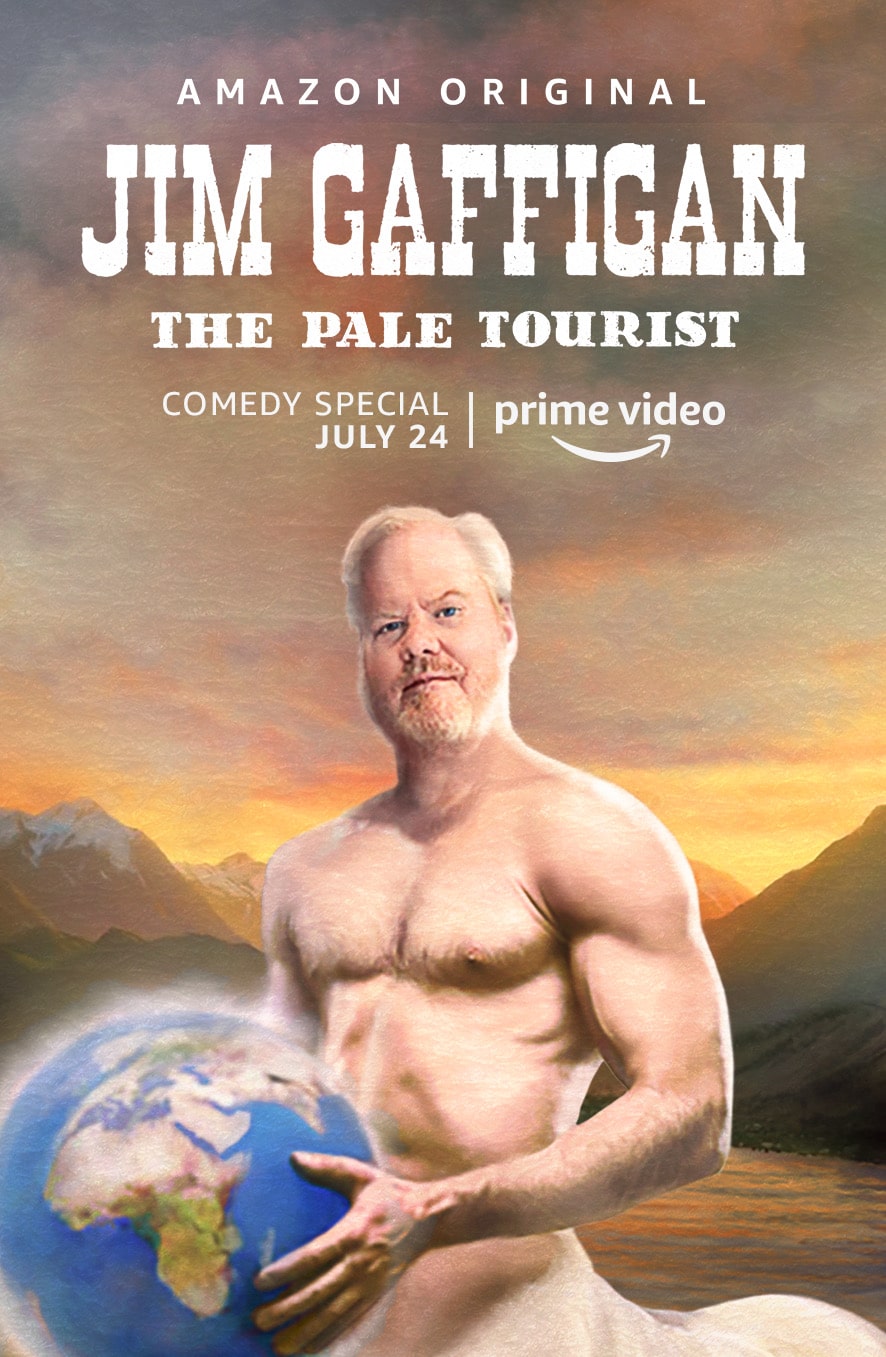 CULVER CITY, Calif., Jun. 16, 2020 — On the heels of the successful worldwide stand-up tour, Jim Gaffigan: The Pale Tourist will premiere on Amazon Prime Video on Friday, July 24. The two-part stand-up special features the Grammy-nominated, Emmy Award-winning and New York Times best-selling author, actor and comedian Jim Gaffigan as he embarks on a seemingly impossible quest: to land in a country with no material, experience the culture and food, and then write and perform all-new material, all in one visit.

In The Pale Tourist, Gaffigan boldly goes where no stand-up comedian has gone before: everywhere. The two hour-long specials were filmed as part of Gaffigan’s The Pale Tourist worldwide tour, in which he traveled the world—in each country meeting people, eating the food, and learning a bit about the history. He would then transform those experiences into a stand-up set of all-new material and perform it for locals and expatriates, before heading on to another destination and doing it all over again.

2019 marked Gaffigan’s biggest year to date, with eight films opening, three of which premiered the Sundance International Film Festival. He returned to the festival in 2020 with Tesla, opposite Ethan Hawke. Most recently, Gaffigan co-starred with Allison Janney and Viola Davis in Amazon Studios’ Troop Zero. He also co-starred in Them That Follow (Olivia Coleman, Walton Goggins) and Light From Light (Marin Ireland). Gaffigan debuted in his first leading role with the comedy Being Frank, and made waves among critics in American Dreamer, his first leading role in a drama/thriller. In between films, Gaffigan toured the world performing in locations such as Greece, Moscow, Beijing, Shanghai, Hong Kong, Tokyo, Seoul, Mexico City, and more.

Gaffigan is one of only ten comedians in history to sell out the famed Madison Square Garden arena and he opened for Pope Francis in front of one million+ people in Philadelphia, during the Pope’s visit to the US in 2016. He was recently named one of the world’s highest grossing comedians by Forbes, and streaming site Pandora announced Gaffigan as their most popular comic with over 1 billion spins to date. Gaffigan’s most recent stand-up special, Quality Time, was Amazon Prime Video’s first stand-up special.

The Pale Tourist was filmed at Centre in the Square in Kitchener, Ontario, Canada and Club Capitol in Barcelona, Spain. The special is produced by Comedy Dynamics for Amazon Prime Video, and executive produced by Brian Volk-Weiss, Cisco Henson, Jeannie Gaffigan and Alex Murray.

Prime members can stream the stand-up specials exclusively via the Prime Video app for TVs, connected devices including Fire TV, mobile devices and online. Members can also download the special to mobile devices for offline viewing at no additional cost to their membership. The special is a global release and available on PrimeVideo.com for Prime Video members in more than 200 countries and territories.