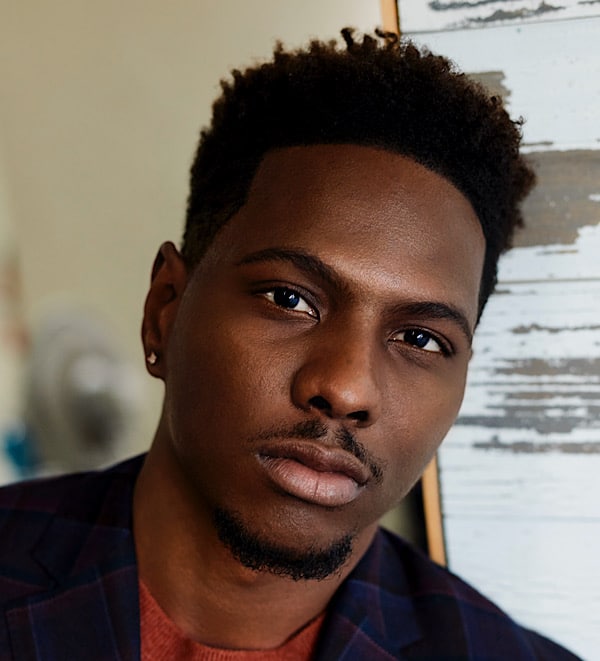 Mitchell Edwards is a multi tasking actor appearing in ABC’s The Fix, Netflix’s Spinning Out, and the CW’s All American. He is by far one of the busiest young talents in Hollywood today, but he was kind enough to take time to talk to TVGrapevine about his life, career and everything in between.

Tell me a bit about yourself.

Well, I grew up in Philadelphia, I’m an east coast boy. And Philadelphians/east coasters are known for their passion, and I’ve definitely inherited that from my town, I’m a very passionate person. I have a lot of passion for the fine arts, which I have my degree in; I love the theatre and movies. I also love music, I sing and write songs I have been recording music. I studied dance in school as well. So I am an all-around passionate artist. Which is my second proudest title, second to being a brother—I’m the oldest brother, so I take pride in that as well.

Tell me about Spinning Out.

Spinning Out is a new drama series coming to Netflix next year that I star in alongside Kaya Scodelario and January Jones, among others. It’s about a pro ice skater who had an accident on the ice in her past that challenges her confidence going forward as a skater, so the show tracks her journey to regaining that confidence and going to the next level. We unpack the trauma of that accident, as well as the traumas of her upbringing and her health. We see how all that interferes with both her career and her personal/love life.

What kind of character do you play?

My character’s name is Marcus, and he is Kat’s (Kaya’s character) manager at the lodge. It’s evident early on that Marcus and Kat have some form of romantic chemistry that we unpack along the season. Marcus also has some other girl problems that we see. Aside from that, he has his own storyline being one of the only black Skiers and a really good one at that—he feels the pressure of being a poster child for black winter sports and having to hide that from his parents, who has a different vision for his future.

What are you most looking forward to the audience seeing?

Well, with Marcus and all of the characters, they’re all facing some form of pressure in their world, and it will be great for the audience to see how each character manages that pressure. Who cracks, and who rises? Marcus has an interesting journey, we become very familiar with him early as a charming guy, but we get to see a more raw side in him at some point as well, that’ll be exciting for viewers to see.

Like I mentioned earlier, I love all the arts. Right now I’m working on a music project, writing and recording, that’s going well. I also write poetry and am producing visual content for a handful of those. I’m still fortunate to recur on All American on The CW that will be added to Netflix following the wrap up of the 2nd season that’s airing now through the spring. And aside from that, working on my spiritual and mental health daily, keeping my energy right.

I once chewed a bar of soap for a clown presentation. Not fun.

I’ve been pretty current with my shows lately so much that they’re all off. I’m big on HBO— GOT, Euphoria, Succession, and now Watchmen all at the top of my list. Insecure too and Atlanta. A handful of Netflix series DWP, 7 seconds, On my block…so a lot of stuff.