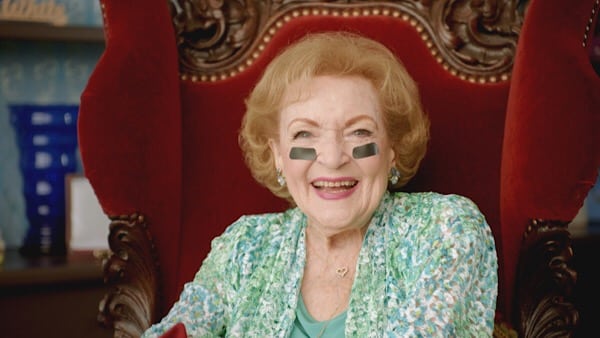 STAMFORD, Conn. – September 5, 2019 – Pro Football Hall of Famer and Packers legend Brett Favre, as well as actress and comedian Betty White, who has the longest television career of any entertainer, will open NBC Sports’ coverage of NFL Kickoff 2019 tonight on NBC, previewing the opening matchup of the NFL’s historic 100th season between the Chicago Bears and Green Bay Packers from Chicago’s Soldier Field. Tonight’s special edition of Football Night in America, which begins at 7:30 p.m. ET on NBC, will open pre-game coverage leading into the kickoff of Packers-Bears at 8:20 p.m. ET on NBC.

Favre calls on White – NBC’s very own ‘Golden Girl’ and everyone’s favorite almost-centenarian – to recount some of the NFL’s biggest and most memorable moments through the years. Click here for a preview.

FNIA will also include:

Below are highlights from NBC Sports’ FNIA conference call earlier this week:

Tirico on FNIA broadcast team: “I love the energy of our room, watching the games conclude, knowing that, as audiences scatter to the different rooms on Sundays, they come back to us to watch everything that happened around the league, hear from Rodney, from Tony, and now from Chris and Mike Florio as well, and they get set for the Sunday night game, which caps off the week. It’s a lot of fun. Hopefully that comes through on the TV. Looking forward to another exciting year.”

Simms on the NFL’s 100th season: “I’m a football historian, and we’ve got so many great story lines, whether it’s the old guys at quarterback, Brady and Brees, or Rodgers and the offense, or these new young whipper snappers in Mahomes and Mayfield, are they going to take over the league? Saquon Barkley, the Odell Beckham-Antonio Brown situation. So, it really is shaping up to be a special year for the 100th season of the NFL, and I’m just really happy to be a part of it.”

Harrison on Bears-Packers: “This is a very exciting moment for us, going into my 11th season here. You couldn’t ask for a better matchup, Aaron Rodgers against that Chicago Bears defense. I’m excited. Can’t wait to see what happens.”

Dungy: “As Rodney mentioned, 11 years for us. It’s hard to believe. Seems like just yesterday we were competing against each other. Having been together for ten years, I always look forward to the start of this season, but this year especially, because I haven’t seen enough in the preseason. The way the coaches are doing it now and not playing their players, I don’t really know who’s good and who’s not.”