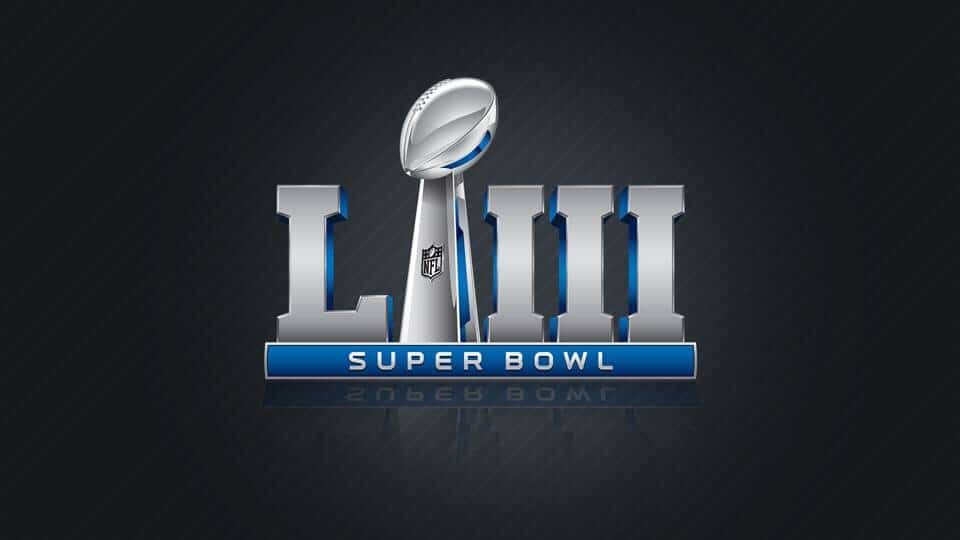 Tonight is Super Bowl LIII! The Los Angeles Rams will go against the New England Patriots. I will be giving commentary here and on social media. Dim the lights and here we go!

Disclaimer—I still have no clue what I am talking about, just giving my snark and observations. For those who are not familiar with my recaps, I don’t do a full on recap, just pick out my favorite moments and add my snarky commentary.

These girls singing America The Beautiful are nothing short of amazing. Seeing it being signed is incredible. Thank you, Chloe, Halle and Aaron!

The color guard brings back fond memories from my NJROTC Days.

Gladys Knight is singing the National Anthem. She looks so beautiful and her voice gives me goosebumps.

Seeing the military troops in South Korea is bringing me to tears.

The F-16s flying somehow got to me as well.

The players are like…let’s hug it out before we kick each other’s asses.

Reverend Dr. King flips the coin…heads for Patriots, tails for Rams. It’s tails, which the Rams defer. The coin toss always makes me think of that episode of Friends with Joey and Chandler flipping for the baby. Ducks is heads because ducks have heads! What kind of scary ass clowns came to your birthday?

Right now the game just looks like they are falling down and going boom.

That throw and catch looked like a bunch of desperate women at a wedding trying to catch the bouquet….including the dude who grabbed it and protected it for dear life.

I can barely understand one word these commentators are saying. It’s like they are trying to compete for the role of Six LuMuere’s kid on the Blossom reboot.

Handmaid’s Tale—maybe I need to watch?

A Williams sister promoting online dating? I’m confused. I thought they were both married.

I feel like there have been more huddles than actual playing so far.

Time out from the Patriots.

Survivor—curious about the new season.

Toy Story 4—no commercial, just a shout out. I don’t know why they are making another one. There, I said it.

Olay—scary movie killer skin theme. I can get behind that!

Backstreet Boys endorsing Doritos, is this 1999?

Corn syrup in beer? I am so confused. Also, ew, but glad Bud Light doesn’t have it, I guess.

More commercials…I feel like that is all we see.

Fast and Furious movie #20,000….this franchise will go on forever…and I don’t mind.

You would think I would understand football by now, but the guys look like a bunch of grown ass men fighting. It’s entertaining at least.

Quarter 2……nothing new happening…..with the game or the commercials. Moving on….

Can someone do something? Anything at all….please. I feel like I am watching a high school game mixed with a Jerry Springer Episode.

Ohhh, a tackle and a missed catch.

Finally! The Patriots get three points….kick from 42 yards. Thanks Gonskowski.

That was a great catch….18 yard play, but did it count? Doesn’t look like it.

Belichick isn’t going sideways but vertical….and if the Pats win….maybe horizontal? Yes, I went there!

This game is frustrating me.

Mercedes using old school music, movies and cartoons? I like that.

Taco Bell is giving away free tacos on Tuesdays?

I have no clue who this Toni girl is but she is a badass. Go Toyota for sharing her story.

Whoa….::said in Joey Lawrence voice:: no points were scored but that looked so cool!

Ugh….these commercials and this game are putting me to sleep.

An incomplete….that fall and dropping the ball looks like it hurt for more reasons than one.

Halftime and literally nothing is happening right now. At all. I’m annoyed I’m wasting my time on this if they are going to play crappy football.

Halftime report. Nothing happened. 42 yard kick got the Pats three whole freaking points. There you go. I saved these dudes about 15 minutes of their lives.

Halftime show. Maroon 5 is playing. People are whining on social media due to said performance, since this is a non political site, I will not comment and just watch the show.

It’s more like a concert without all the bells and whistles we have seen in shows past. I like how they are singing some of their older hits. I’m actually kind of enjoying it.

Spongebob! Can he win the Super Bowl? I am not even kidding at this point.

I feel old….is this Travis Scott? The dude who is with Kylie Jenner? I know I am old when I can’t even recognize the acts.

Back to Maroon 5…..and a bunch of preachers? What the hell is happening now? At least they sang She Will Be Loved, I love that song.

I only recognize Adam Levine, I am old now. It’s official.

I’ve seen more huddles tonight than anything else.

Evan Washburn reminds me of that guy who hosted American Duos on Psych.

There are way too many car commercials tonight. Either it is a sign for me to buy a car or they are the only ones to agree to commercials.

Michael Buble making fun of how his name is pronounced was cute.

Everybody involved in the game looks so pissed off.

I just can’t with this game.

Almost had it, Patriots….then you got knocked on your tushy.

I took a food and wine break and nothing happened. No scores, no good commercials….I may as well do my dishes at this point.

The longest punt in history 65 yards. At least someone did something useful. Finally! Way to go, Hekker.

This isn’t football, this is the kids from Rugrats falling down and going boom while fighting over a ball. Hell, Angelica Pickles can probably play better football.

Next year they need the two old dudes from the Muppets to do commentary.

They need more than a time out now…..they need to remember how to play.

They almost had that touchdown, but yeah….nice move to prevent that, Rams!

Can we also get Jerry Springer and Steve Wilkos to do some commentary?

53 yard kick….score three for the Rams.

These commercials may as well have played during Celebrity Big Brother last night, how are they different than any other night?

At least this game is making history….no touchdowns and the lowest scores.

How can we have a false start when we never really began playing in the first place?

Cut and bounce? Is this football or a hair commercial?

I stopped watching in order to do some dishes, missed nothing.

I’m just going to say it….The drama on The Bachelor has been more entertaining this season.

At least the Budweiser commercial was good?

Patriots are in the Red Zone and managed to score a touchdown…freaking finally!

Would have been a touchdown….but once again the ball gets dropped.

Another flag, let’s just have Sheldon Cooper come out and host Fun With Flags….

We are finally seeing some action, but too little, too late…unless the Rams pull a miracle touchdown.

Game clock reset, time out for Rams….let this be a miracle.

What the hell just happened? Another flag, a penalty is declined…..an official is coming in…has this happened before? Belichick looks pissed.

That field goal kick led to three more points for the Patriots.