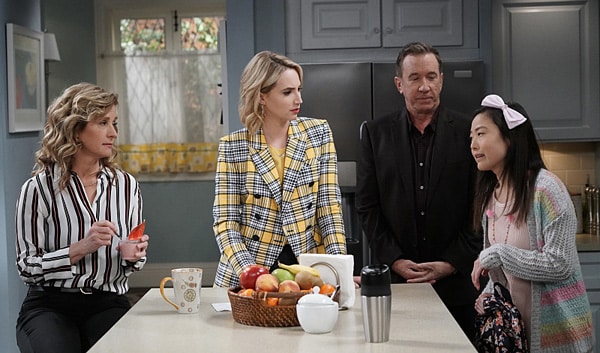 FOX has renewed the hit family comedy LAST MAN STANDING, starring Tim Allen, for the 2019-2020 season, it was announced today by Michael Thorn, President, Entertainment for FOX Entertainment. The series’ return marks its second season on FOX, and eighth in total.

“Hard to believe LAST MAN STANDING hits 150 episodes this week and it gets better with another upcoming season at FOX!” said Allen. “Great news for all of us who are creating these stories and working our pants off to make you all laugh. It’s another big high-five to the legions of loyal fans who have faithfully kept us front and center and huge on the radar. Thanks to our family at FOX who continue to make us feel so at home. Man, if we keep this up, they might have to call our show: Last Man Unable to Stand.”

“LAST MAN STANDING roared out of the gate on FOX, and has maintained its ratings dominance ever since,” said Thorn. “Much of that credit goes to the incredibly funny and talented Tim Allen, not to mention Nancy, Hector and the rest of the show’s great cast. We’d like to thank Kevin, Matt and the entire crew, along with our partners at 20th Century Fox Television, for overseeing one of television’s most popular comedies. We’d also like to congratulate them all on reaching 150 episodes – a milestone that’s well-deserved.”

LAST MAN STANDING averages more than 11 million Multi-Platform viewers, ranking as the #1 scripted program on Friday night, with a 29% advantage over #2 “Blue Bloods.” The series improves upon FOX’s year-ago Friday 8:00-8:30 PM half-hour by +50% in Adults 18-49 and +112% in Total Viewers. LAST MAN STANDING’s fall 2018 premiere was the most-watched Friday regular comedy telecast on any network in 15 years.

In celebration of the 150th episode, the original pilot for LAST MAN STANDING will stream on Twitter tomorrow, Friday, April 19, for 12 hours starting at 9:00 AM PT. Join the celebration here: https://twitter.com/lastmanstanding