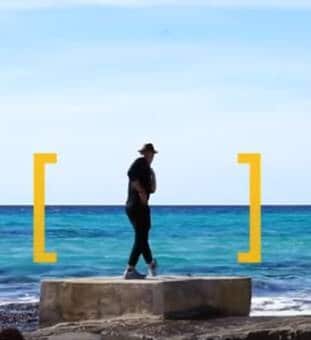 In what promises to be among the happiest spots during the game, [ yellow tail ] wine will debut its new “Tastes Like Happy” ad campaign with a new :30 TV spot airing during the Super Bowl on Sunday, February 3, 2019.

[ yellow tail ] is on a mission to bring happiness to every table, kicking it all off on its third Big Game in a row. In 2017, [ yellow tail ], became the first wine brand in almost 40 years to advertise during the Big Game. Fans responded, leading the brand to its strongest sales in years and proving wine and football pair well together. The brand experienced even more success in 2018, as it aired its second TV ad.

“Our new Tastes Like Happy campaign celebrates everyday moments of joy around a bottle of [ yellow tail ],” said Tom Steffanci, President of Deutsch Family Wine & Spirits, the U.S. importer and marketer for [ yellow tail ]. “At a time when we could all use a little more happiness, [ yellow tail ] reminds us that it’s actually all around us.”

For the first time, [ yellow tail ] will feature two entirely fan-produced video segments as part of its commercial. In November, [ yellow tail ] launched a contest asking consumers to share videos showing what makes them happy. [ yellow tail ] received more than 1,500 fan submissions to its website and social pages.

Many of the contest submissions depict time with family and friends. The most popular activities shared were dancing and singing.  Selected by a panel of more than ten judges, the Grand Prize winner is Adrien Colon, dancing the salsa on a magical flat rock on a beach in Ibiza, Spain. In addition to being featured in the Big Game spot, Adrien also won an all-expense paid trip to his happy place, anywhere in the world.

The runner up prize winner is Katherine Nunez and the video of her swinging from a rope off a boat high above a beautiful bay in Aruba will also be featured in the commercial. Her video was shot by Nunez’s husband while the two were on their honeymoon.

In addition to consumer generated content, the Big Game commercial features 22 principal actors and 44 extras. It was directed by award-winning feature film, music video and commercial director, Jeffrey Darling, and shot in Miami, Florida this past November. The new campaign will also run on YouTube, Buzzfeed and iHeartRadio in 30 and 15 second versions to spread happiness far and wide.