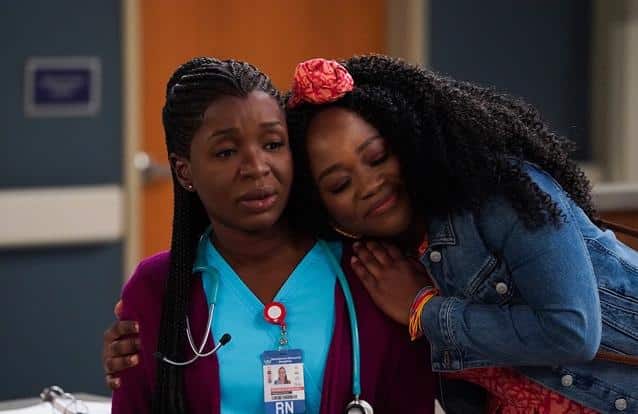 The episode opens with Bob, Kemi, Chuey and Abishola going out to eat at a hot dog stand. Kemi complains about it, but everyone else agrees to give it a try. When they get to the head of the line, they discover Morenike working there. She explains she needed a job because her family disowned her.

Bob asks if there is anything he can do, but Morenike says he has done enough already. Kemi snarks that he should have taken them to a steakhouse instead.

The next day, Abishola and Kemi are eating lunch when they discover Morenike was erased from all family photos. Gloria wonders what will happen to her, while Abishola recalls a similar situation when she divorced Tayo. Kemi says things happened differently, leading to an argument.

At work, Bob has Douglas buy hot dogs and help out Morenike. Dottie, Goodwin and Kofo remind him how much he messed up and how things are different in her culture.

Morenike comes home to see Olu and Tunde drinking out of rainbow mugs. Tunde says this is their way of helping her and showing their support.

She then tells them she cannot make rent, so Tunde agrees to work something out, while Olu quips that they can make her feel more comfortable by signing a contract for their deal.

Kemi and Abishola decide to join forces and help Morenike as well. They decide to get her a job at the hospital, but end up fighting over what kind of job she should get. Kemi begins shoving how she helped her in her face again, while Abishola argues that she did the work to get where she is today.

Abishola turns to Christina to vent about Kemi, which leads to them drinking together, bonding and venting.

Bob visits Chuey at work and asks him to give Morenike a job. He says he cannot be associated with her because she is gay. Bob tries to get him to change his mind, but no avail.

Abishola is hung over at work, so Kemi annoys her, while Gloria gets snarky. The two of them argue, causing Gloria to leave.

Morenike comes by to thank them for helping her get a job at THE CVS. She rushes home to tell Tunde and Olu, while the ladies hope they don’t take credit.

The episode ends with Olu and Tunde introducing Morenike to a neighbor and bonding.