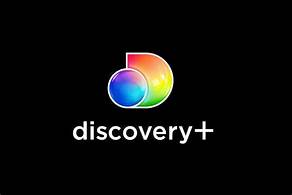 Today, discovery+, the definitive non-fiction, real life subscription streaming service from Discovery, Inc., announced “Her Story,” a new hub launched in recognition of March’s Women’s History Month. The new hub will feature programming that spotlights the stories and contributions of contemporary and historical women. “Her Story” will live on the platform and be updated year-round with curated series, documentaries and specials that celebrate the professional achievements, hard-won social advances, personal growth and enduring relationships of some of the world’s most interesting, influential and charismatic women

“Women’s voices are a vital part of our storytelling on discovery+, and our content is so well suited for this all-new hub. We’re so proud that ‘Her Story’ will be a permanent addition to the platform, launching in time for Women’s History Month,” said Lisa Holme, Group SVP of Content and Commercial Strategy for Discovery. “Our audience trusts us to reflect their lives and journeys in honest, meaningful ways and ‘Her Story’ will continue to fulfill this promise year-round.”

The hub highlights a wide-range of content themes such as “Celebrating Sisterhood,” with stories about female relationships; “Like a Boss,” showcasing powerful women taking charge; “Culinary Queens,” featuring some of today’s most talented chefs; “Nevertheless, She Investigated,” with investigators searching for answers behind headline-grabbing crimes; “It Passed the Bechdel Test” featuring female leads across all fields; and “In Her Own Words” with first-person stories about a variety of subjects.

Featured discovery+ Originals available on the hub will include —

Additional content available to stream now on the hub includes popular home renovation titles such as “Remix My Space is Remix My Space with Marsai Martin” and “Reno My Rental”; culinary programs including “Magnolia Table with Joanna Gaines ” and acclaimed chef Alex Guarnaschelli in “Alex Vs America”; stories of women carving their own path like Jazz Jennings in “I Am Jazz,” and Lily Hevesh, the world’s greatest domino toppler, in “Lily Topples the World.” The hub also features subjects about trailblazers of LGBTQ+ rights with “Legendary”; stories about entrepreneurs and influencers in “Seen”; and will launch “Crime Scene Confidential,” a six-part series hosted by Investigator Alina Burroughs, premiering on ID and discovery+ on March 8th.