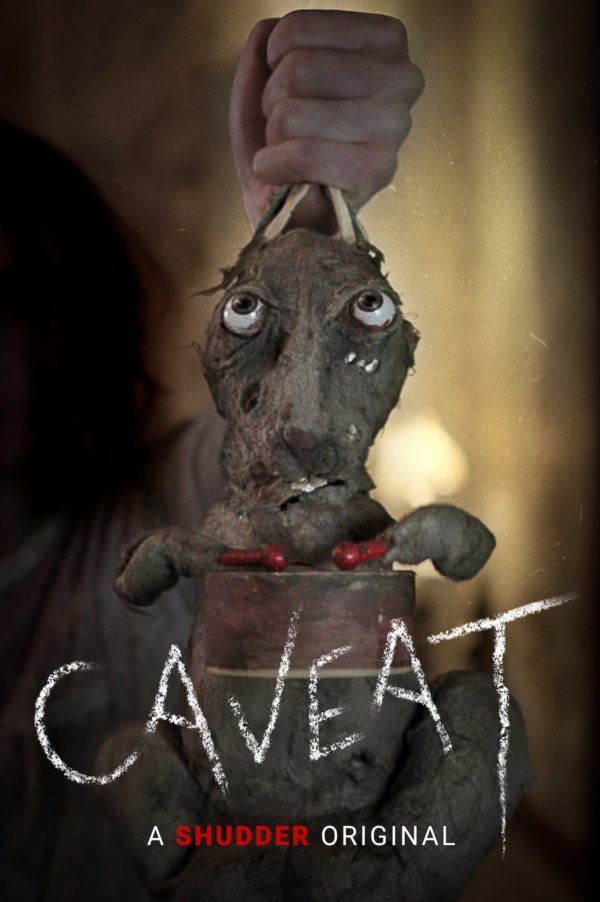 Caveat, the feature debut from Damian Mc Carthy, streams exclusively on Shudder June 3. To celebrate, we have a sneak peek. Check it out below.

In Caveat, Lone drifter Isaac accepts a job to look after his landlord’s niece, Olga, for a few days in an isolated house on a remote island. It seems like easy money, but there’s a catch: he must wear a leather harness and chain that restricts his movements to certain rooms. Once Olga’s uncle, Barrett leaves the two of them alone, a game of cat and mouse ensues as Olga displays increasingly erratic behavior as a trapped Isaac makes a series of horrific discoveries in the house.

A tense, slow-building cat-and-mouse thriller set in the Irish countryside, Caveat’s stunning atmospheric visuals and unforgettable ending come together to make a bold debut for Mc Carthy and a compelling new entry to the psychological horror genre.

Caveat is produced by Justin Hyne of HyneSight Films. Mc Carthy wrote, directed, and served as the film’s editor. Cinematography by Kieran Fitzgerald and music by Richard G. Mitchell.