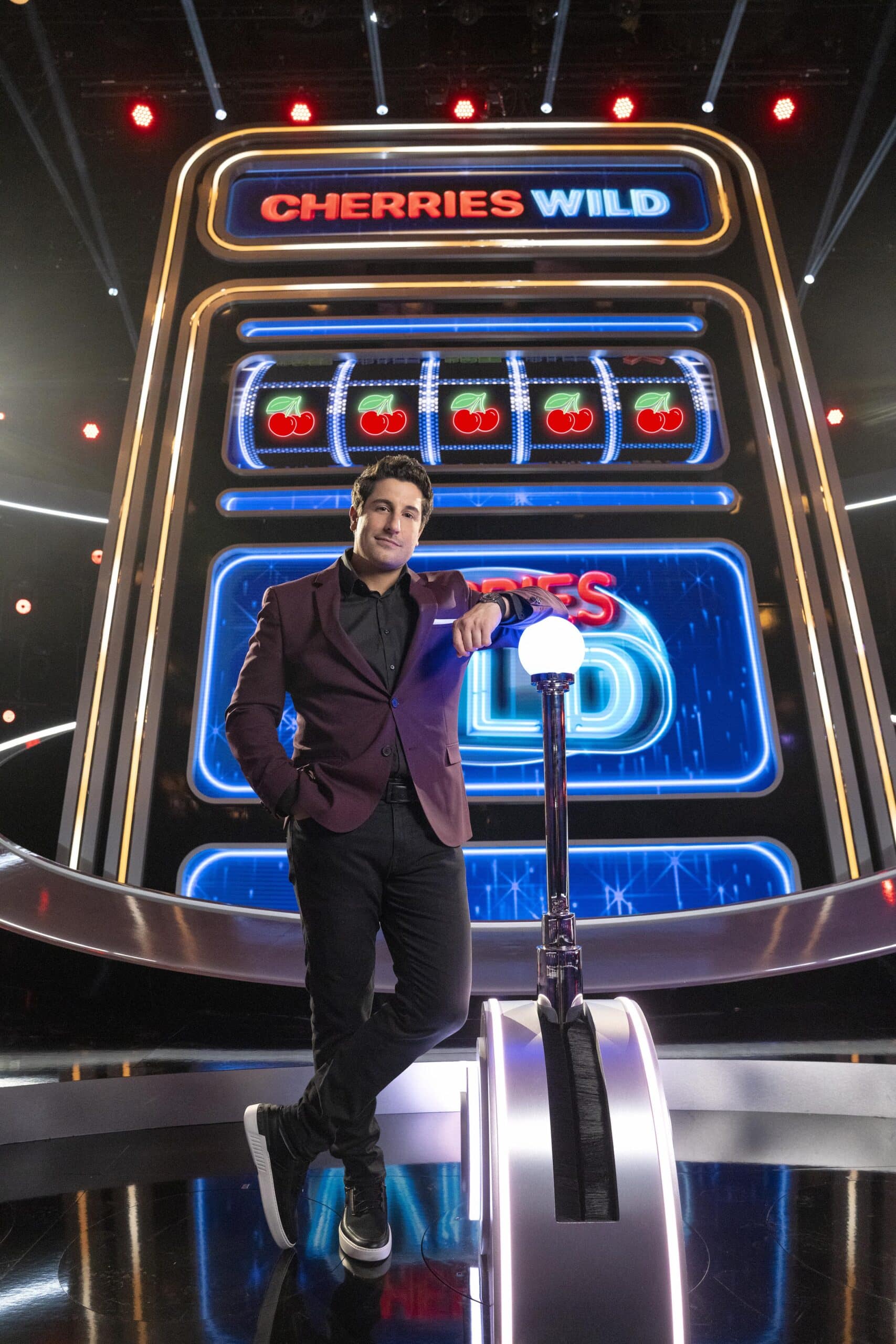 FOX Entertainment and Pepsi have uniquely collaborated on CHERRIES WILD, a first-of-its-kind primetime trivia game show premiering Sunday, Feb. 14 (7:00-7:30 PM ET/PT) on FOX. Created by Wes Kauble (BEAT SHAZAM, “Supermarket Sweep”) and hosted by Jason Biggs (“American Pie,” “Outmatched”), this fast-paced half-hour game show will feature two rounds of pop culture trivia gameplay – during which a team of two contestants will try and “Solve the Slots” in hopes of getting one step closer to winning the $250,000 jackpot. At the end of each episode, when they spin the reels on the enormous slot machine, contestants will attempt to capture all five Wild Cherries to win the ultimate prize.

The CHERRIES WILD show concept is an authentic collaboration created with the Pepsi Wild Cherry brand, and reflects the latest iteration of the long-standing partnership between Pepsi and FOX Entertainment – an ongoing commitment by both brands to reshape traditional media models and deliver innovative programming to excite and engage consumers. The two brands first worked together in 2011 on FOX’s music competition series, “The X Factor,” and more recently collaborated on the network’s groundbreaking drama, “Empire.”

“We are excited to partner with our longtime friends at Pepsi on CHERRIES WILD. This is a bold concept that best illustrates the limitless possibilities that can be accomplished when two great brands join forces to deliver audiences a wildly entertaining program and an equally dazzling product,” said Rob Wade, President, Alternative Entertainment & Specials, FOX Entertainment. “With the always charming Jason Biggs at the helm, CHERRIES WILD is a refreshing twist on the classic trivia game show.”

“Now more than ever, consumers are looking for content that entertains them in new ways and formats, as the media landscape continues to rapidly evolve. I couldn’t be more excited for Pepsi to collaborate with FOX Entertainment on a new, primetime gameshow that will deliver exciting and engaging content for fans at home,” said Todd Kaplan, Vice President of Marketing at Pepsi. “Pepsi Wild Cherry fans have an unlimited sense of possibility, so bringing that idea to life through a show like CHERRIES WILD, where consumers will face off with a three-story tall slot machine, will be a great way to put people to the test to see who will win big.”

After the CHERRIES WILD premiere, viewers can catch up with On Demand, FOX NOW and Hulu, as well as FOX Entertainment’s streaming platform, Tubi. On Demand episodes are available for customers of AT&T TV, Cox, DIRECTV, DISH, Hulu Live, Optimum, Spectrum, Verizon FiOS, XFINITY, YouTube TV and many more.

CHERRIES WILD was created by Wes Kauble who is also Executive Producer and is produced by FOX Alternative Entertainment.

Pepsi worked with The Content Collective, the entertainment and content marketing division of Omnicom Media Group and OMD to negotiate and structure the CHERRIES WILD partnership.

FOX Alternative Entertainment (FAE) is the in-house unscripted studio of FOX Entertainment. Formed in 2019 to oversee the production of television’s #1 series, THE MASKED SINGER, FAE develops and produces alternative programming for both FOX Network and third-party platforms. In addition to THE MASKED SINGER, FAE currently produces THE MASKED DANCER, I CAN SEE YOUR VOICE, NAME THAT TUNE and FOX’S NEW YEAR’S EVE TOAST & ROAST 2021, as well as co-produces ULTIMATE TAG. FAE nurtures new voices in the unscripted arena while building its portfolio by creating and identifying new formats to produce and distribute in the U.S. and globally.

PepsiCo products are enjoyed by consumers more than one billion times a day in more than 200 countries and territories around the world. PepsiCo generated more than $67 billion in net revenue in 2019, driven by a complementary food and beverage portfolio that includes Frito-Lay, Gatorade, Pepsi-Cola, Quaker and Tropicana. PepsiCo’s product portfolio includes a wide range of enjoyable foods and beverages, including 23 brands that generate more than $1 billion each in estimated annual retail sales.

Guiding PepsiCo is our vision to Be the Global Leader in Convenient Foods and Beverages by Winning with Purpose. “Winning with Purpose” reflects our ambition to win sustainably in the marketplace and embed purpose into all aspects of the business. For more information, visit www.pepsico.com.