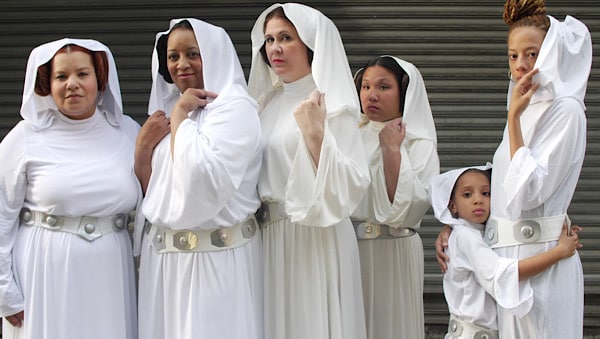 In 10-15 minute episodes, LOOKING FOR LEIA tells the stories of women as well as non-binary fans who have been forever changed by the “Star Wars” franchise, including:

To coincide with LOOKING FOR LEIA, SYFY WIRE’s Fangrrls will explore female “Star Wars” fandom including interviews with Ophelian, personal essays from documentary participants, a look back at the women in the franchise, an exploration of the legacy of Princess Leia and more.

SYFY is a global, multiplatform media brand that gives science fiction fans of all kinds a universe to call home. Celebrating the genre in all its forms, SYFY super-serves passionate fans with original science fiction, fantasy, paranormal and superhero programming, live event coverage and imaginative digital and social content. The brand is powered by SYFY WIRE (www.syfy.com), the premier portal for breaking genre news, insight and commentary. SYFY is a network of NBCUniversal, one of the world’s leading media and entertainment companies. NBCUniversal is a subsidiary of Comcast Corporation.

SYFY WIRE is the premier editorial brand for fans of sci-fi, fantasy and horror. Featuring up-to-the-minute news and passionate discussion and analysis, SYFY WIRE covers the latest in genre-focused movies, TV, books, comics, video games and more. Find SYFY WIRE online at www.syfy.com, on air on the SYFY network, and at a ‘con near you!