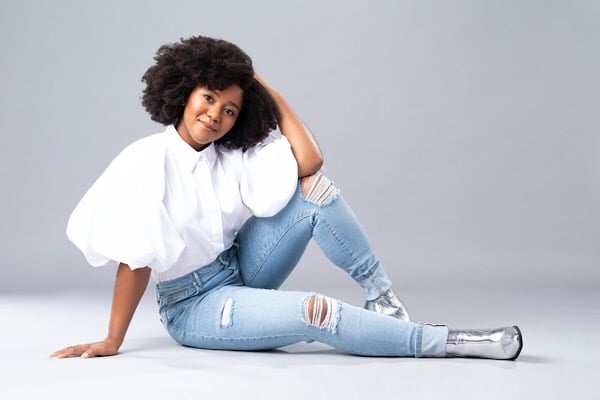 Anjelika Washington may be young, but she has more talent, star quality and ambition than people twice her age. The teen actress, who previously appeared in Young Sheldon and Shameless, can currently be seen in the coming of age movie Tall Girl, which premiered on Netflix this past weekend.

In the movie, Anjelika plays Fareeda, who is one of main character Jodi’s best friends. The two of them have a special bond and accept each other for who they are inside. Fareeda helps Jodi find the confidence to accept herself for who she is as a person, rather than just seeing herself as the ‘Tall Girl.’

During a recent interview with TVGrapevine, the brunette beauty had nothing but good things to say about the experience.

Anjelika spoke very highly of the cast, saying they all created a close bond. She also told us that the message of friendship and acceptance is what she loved most about the movie.

Now that Tall Girl has premiered, Anjelika is hard at work on several new projects, including one for DC comics. While those projects are being kept under wraps, she is excited to have them released and to see the reactions from her fans.

She would also love the chance to work on another movie with her Tall Girl cast.

Anjelika is a former cheerleader, which is no surprise, given her positive, outgoing personality. She is also one of the happiest people I’ve ever met, making me feel like a friend by the end of the interview. Her kind heart and effervescent personality will get her far in life, as will her incredible talent!

In short, the world will continue to see more of Anjelika Washington, for she is here to stay!